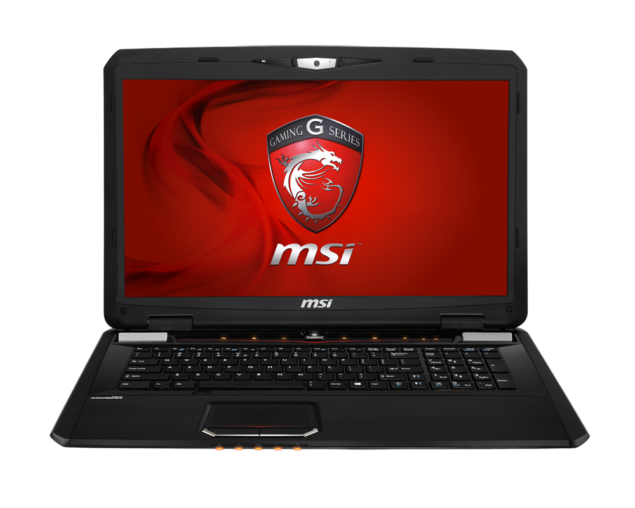 The MSI GX70 Gaming notebook is powered by AMD's Richland based A10-5750M Quad-Core processor. The CPU is clocked at a base frequency of 2.5 GHz and turbo's all way upto 3.5 GHz. It comes with an 4 MB of L2 cache, a 35W thermal design envelope. In addition to its discrete graphics solution, the A10-5750M comes fused with an  integrated Radeon HD 8650G that offers display connectivity through Mini Display Port, HDMI, and D-Sub on the GX70 Gaming notebook.

In low intensive applications, the Radeon HD 8650G plays a primary role but in gaming the task is handled over to the much powerful Radeon HD 8970M solution. The Radeon HD 8970M codenamed "Neptune" is based on the latest Solar System series from AMD. The HD 8970M is the successor to the 7970M however specifications wise it isn’t much different at all. The Radeon HD 8970M is based on the same Pitcairn architecture used on the 7970M featuring 1280 (1D) stream processors,  80 texture mapping units and 2GB memory that runs across an 256-bit GDDR5 memory interface. The HD 8970M comes with faster clock speeds that allows for greater performance as indicated by the slide below:

The Radeon HD 8970M allows users to play the latest titles at full 1920 x 1080P resolutions such as Crysis 3 which comes bundled with MSI's notebook. The GX70 Gaming notebook adopts a 17.3" Full HD (1920x1080) display and anti-glare LCD panel in LED backlight. It supports Multi display technologies such as AMD Eyefinity's that allows users to run upto three displays through the notebook simultaneously. The keyboard has been designed by Steel-Series exclusively for gamers. Other gamer friendly features include Sound blaster cinema audio with audio boost design to deliver high-quality and crystal clear sound while network is powered by the latest Bigfoot Killer chips.