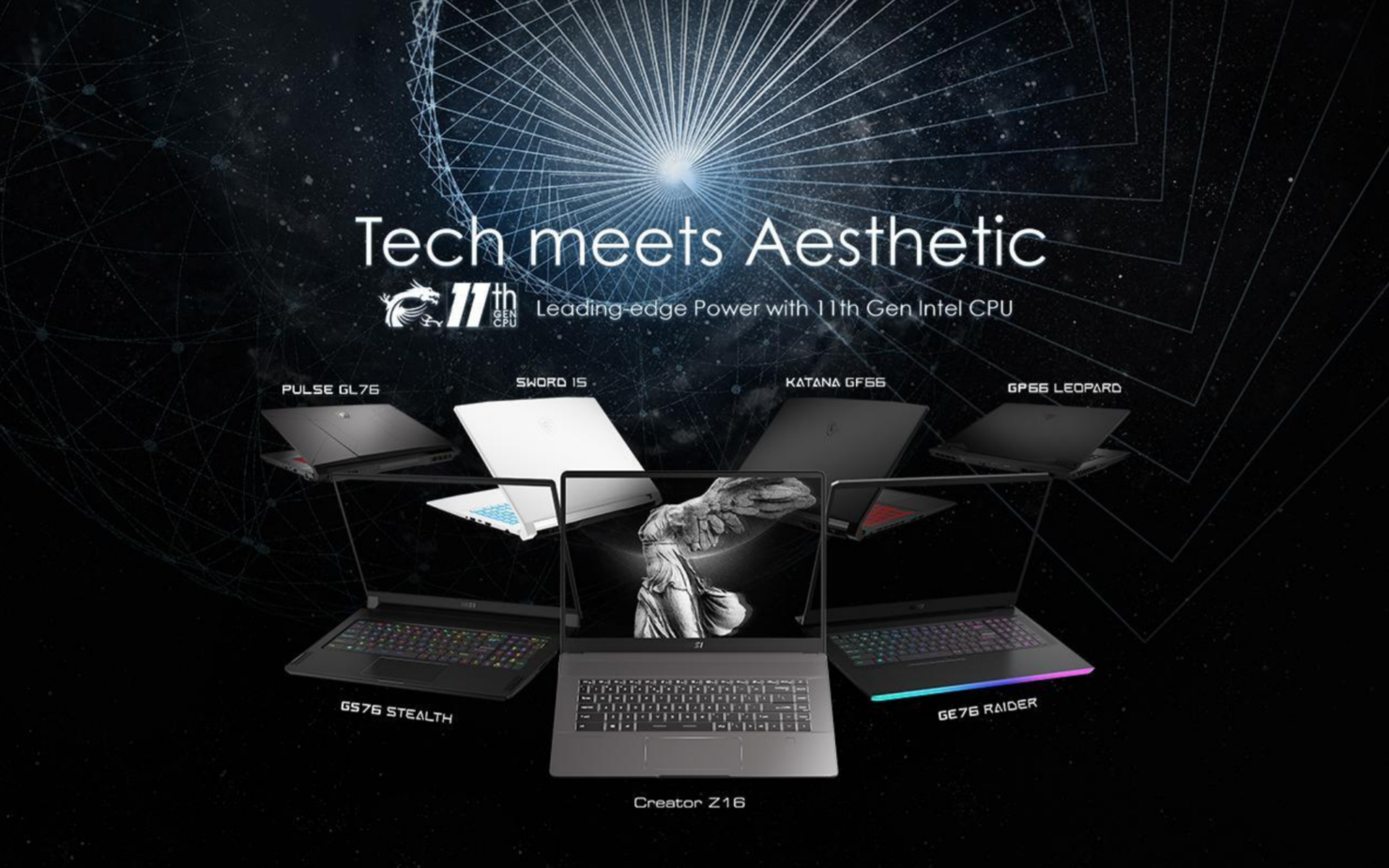 MSI has introduced its brand new laptop lineup which will be featuring Intel's 11th Gen Tiger Lake-H CPUs. The company has readied at least four laptops which include the GE76 Raider as the top-end variant.

MSI has several high-end and mainstream gaming laptops launching today within its 2021 Intel 11th gen powered family. The top model is the flagship MSI GE76 Raider which comes with Intel Core i9-11980HK overclockable CPU and up to NVIDIA GeForce RTX 3080 (155W) 16 GB graphics chip. The machine is fully loaded with up to 17.3" QHD (240Hz) IPS panel, up to 64 GB DDR4-3200 (Gear 2) memory support, a massive 100W battery, and weighing 2.9 kg. It features a full-sized RGB lit mechanical keyboard while a massive vapor chamber cooling system keeps the CPU and GPU cooled at all times. 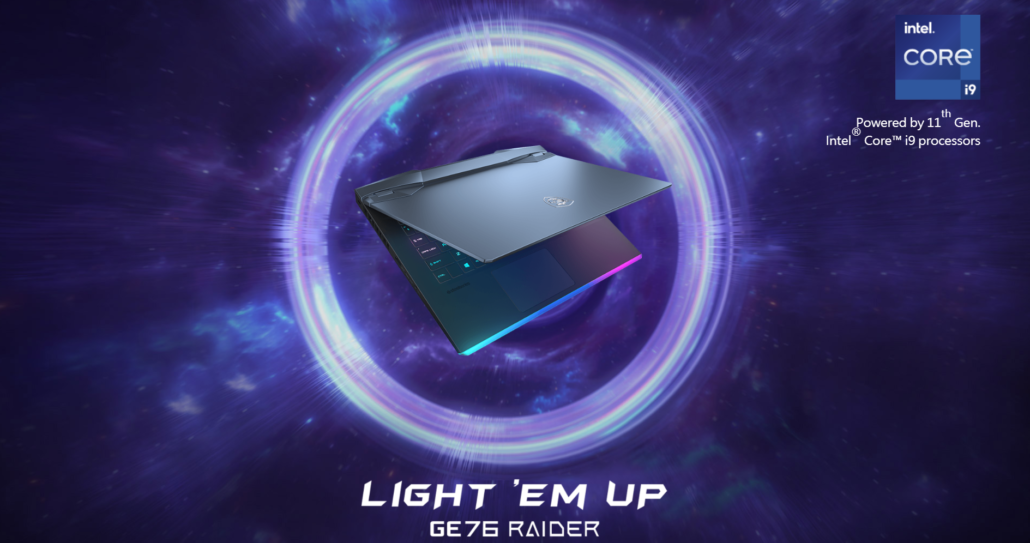 The other MSI laptops such as the GS76/66, GP76/66, and the GL76/66 feature refreshed designs from the 10th Gen lineup. MSI was one of the few manufacturers who launched the Comet Lake-H lineup-based laptops which meant that they had to update the designs once again when Tiger Lake launched. Now the company is releasing laptops that look almost identical to the 10th Gen line but feature major internal hardware upgrades.

The rest of the models, including their specifications and pictures, are posted below: 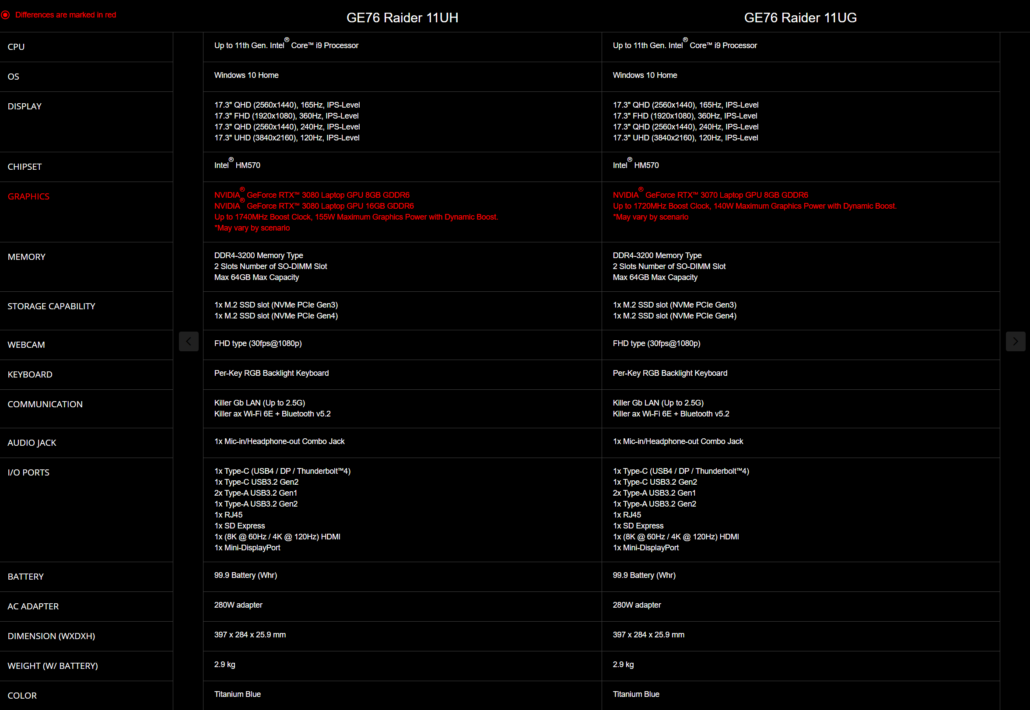 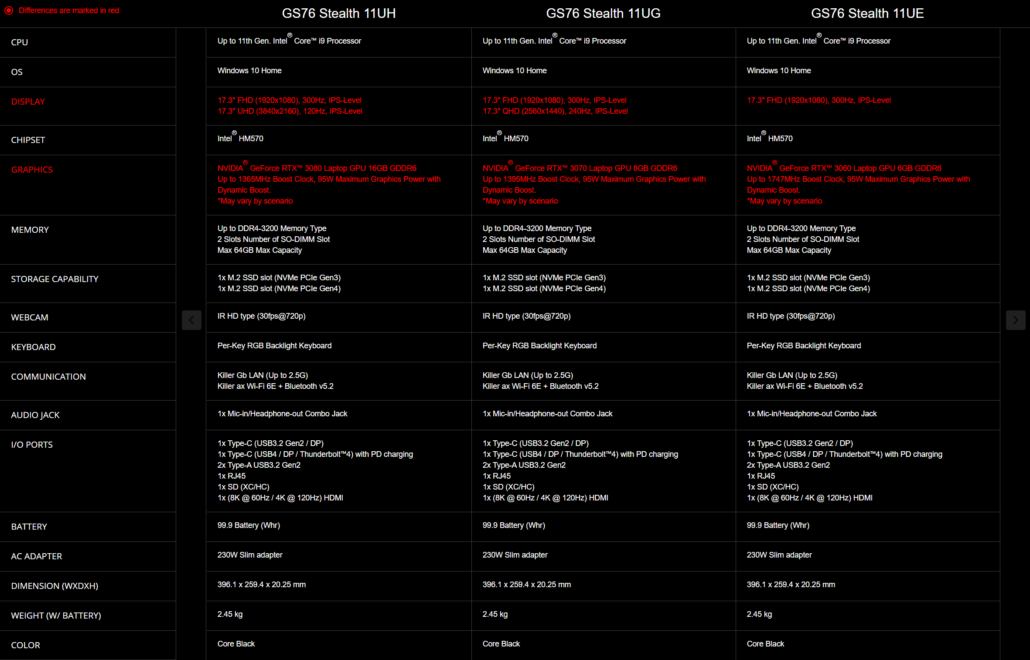 As you can see, MSI has a diverse range of laptops to select from. From several Intel 11th Gen Tiger Lake-H CPUs to the entire NVIDIA GeForce RTX 30 Mobility GPU lineup, you can literally get almost any configuration that you can dream of. There is also the Katana, Crosshair, & Sword laptop lineup which you can find in their own respective links provided above. The company will also be hosting its MSIology event on 17th May to further detail its 11th Gen-powered laptop lineup.