A couple new Motorola smartphones are getting plenty of attention and leaks possibly hinting towards a release expected this year. The latest lot carries a few Motorola DROID Turbo images and specifications details; the device is the successor of last year's Droid Ultra. We are also seeing some fresh details of the phablet Moto S which is mega 5.9-inch device, possibly the much-rumored Shamu which is expected to be the official Nexus offering. 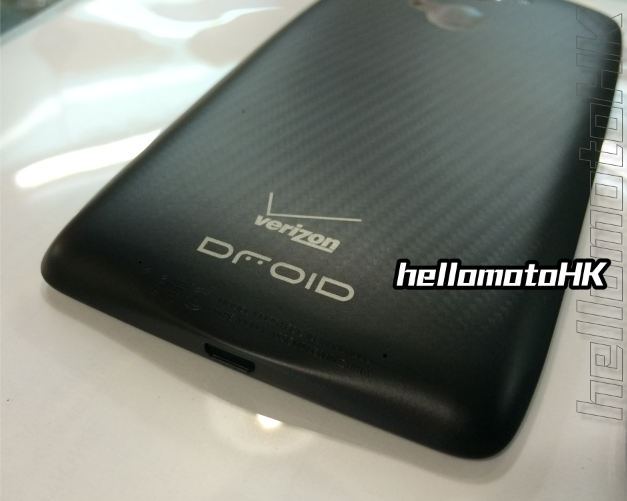 The latest Motorola DROID Turbo, dubbed as XT1254, is a 5.2-inch smartphone with 1440 x 2560 resolution screen and is powered by a quad-core 2.7 GHz Snapdragon 805 processor. A pretty high-end 20-megapixel primary shooter along with a 2-megapixel front camera will make the smartphotographers (is that a term?) happy. The highlights of Motorola DROID Turbo include a fast recharging feature along with having front facing speakers. Motorola DROID Turbo is said to carry the looks of Moto X and will deviate a bit from the previous DROID designing.

Apart from the DROID Turbo, another leak covers the rear of the phablet Motorola Moto S. This phablet from Motorola is a huge 5.9-inch, 1440 x 2560 device powered by the same processor with Adreno 420 GPU unit. Shooters in the phablet are rumored to be 13-megapixel rear and 2.1-megapixel front camera.

Motorola's @DroidLanding twitter handle has been reactivated too hinting at some possible new Motorola DROID device coming during the holiday season. Seems like Motorola is going to be quite busy, and may we say rich, during the upcoming holiday season offering a lot of choices to the consumers. 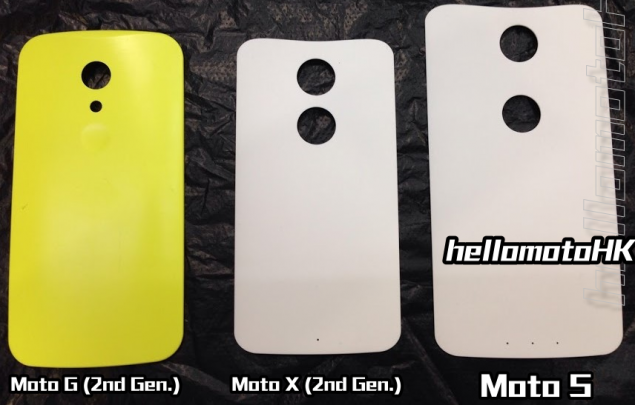 - Possibly a Shamu on the far right 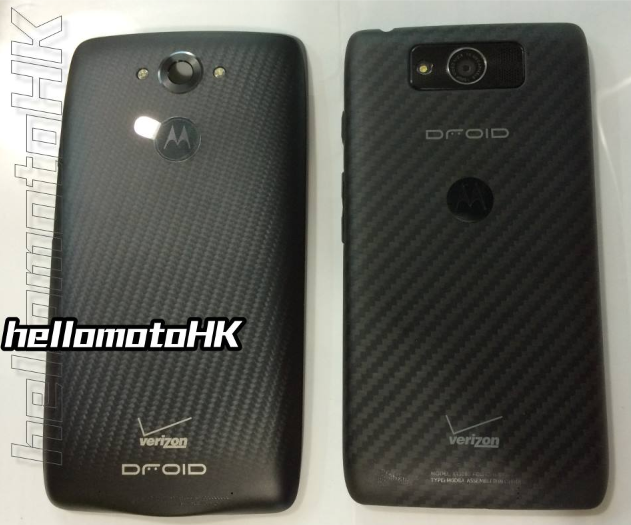