Since the grand unveiling of iPhone 6 and iPhone 6 Plus, a lot of talk has been diverted to one particular aspect of the smartphones - the latest A8 processing chipset with 1.4 GHz Cyclone CPU and an unknown graphics unit. Created with a 20nm manufacturing method, Apple claimed that the chip will deliver faster CPU and GPU performance at a lower power consumption when compared to its predecessor A7 chip. However, latest iPhone 6 benchmark reveal that iPhone 6 is but a little improvement over iPhone 5s. 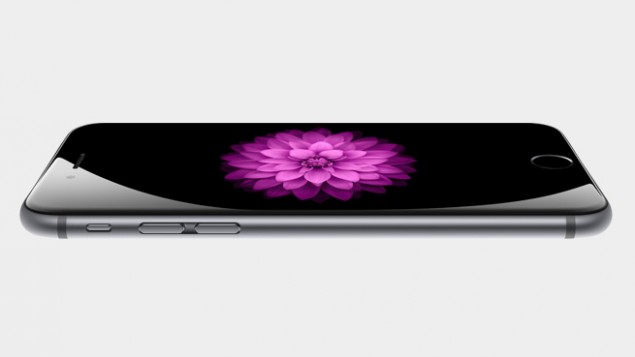 We had earlier shared with you the specifics of this acclaimed A8 processor which promises to deliver 25% faster CPU and 50% faster GPU at a reduced power consumption rate:

While we can only rely on Cupertino's claims at the moment; testing results will further confirm (or not) these claims of 25% and 50% faster processors and more importantly, how "sustained" does the A8 process in the real life. We should add here that the 20-nanometer manufacturing technology used in making A8 chip also helps making the battery life better. So even though your processors have become faster, your battery will survive you a good time while you enjoy videos or play games.

These first iPhone 6 benchmark results are from the GPU testing Basemark X suite and come through Rightware. In this iPhone 6 benchmark testing, iPhone 6 has only shown a modest improvement with 21,204 points over iPhone 5s' 20,253. Considering Samsung's flagship smartphone is always considered as the primary rival of Apple's, it is only natural to share with you that Samsung Galaxy S5 being powered by a 2.5 Ghz Snapdragon 801 gets 23,501 in the test.

While these results aren't really news-breaking, a high CPU and GPU performance paired with Apple's "sustained performance" is expected to result in the usual iPhone processing capabilities with lower battery consumption; albeit, not matching the Cupertino claims though.