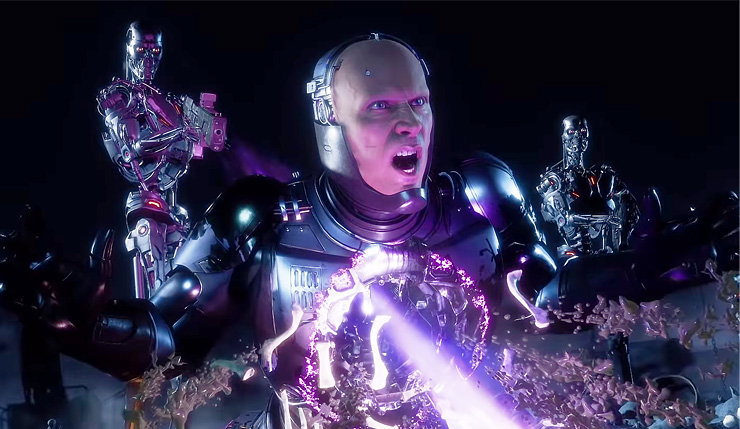 Earlier this month NetherRealm unveiled Mortal Kombat 11: Aftermath, a surprise expansion that continues the game’s time-travelling story and adds Sheeva, Fujin, and RoboCop as playable characters, and they’re keeping the hype levels high with a series of new trailers. First up, we have the Aftermath launch trailer, which is packed with time-travelling nonsense, giant battles, and, of course, tons of blood.  Check it out for yourself, below.

Not sure what the heck was going on there? I don’t blame you, time travel makes my head hurt, but here’s a quick Aftermath story description that might help you:

Aftermath features a brand-new cinematic story centered around trust and deceit. Fire God Liu Kang, the new keeper of time and protector of Earthrealm, looks to secure the future he envisions. In order to do so, he is forced to enlist the help of some unlikely allies and familiar foes. Players will have to decide who they can trust and who they must defeat with fate on the line. Forge a new history.

Of course, one of the most exciting things about Aftermath is that it makes possible a showdown we’ve all been imagining since childhood – Terminator vs. RoboCop. NetherRealm has released a couple trailers showing how that showdown might go…

Mortal Kombat 11: Aftermath will set you back $40, or if you haven’t jumped into MK11 yet, you can get the Aftermath Collection, which includes the original game, Aftermath expansion, and all previous DLC for $60. Pre-orders are open now. The expansion launches alongside a free update, which includes the addition of Friendships, some new stages, and more (you can check out some of the Friendships here).

Mortal Kombat 11 is available now on PC, Xbox One, PS4, and Nintendo Switch. Aftermath and the free update will launch on all platforms on May 26.