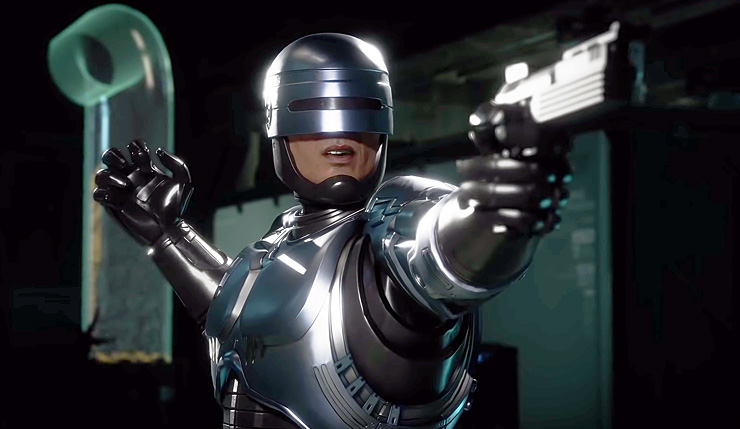 Mortal Kombat 11 served up one of the most elaborate, and entertaining, stories in the history of fighting games – a nostalgic time-travelling adventure that, against all odds, still mostly made sense in the end. Well, get ready for more, as NetherRealm has announced Mortal Kombat 11: Aftermath, which expands the game’s story and roster, with additions such as Fujin, Sheeva, and…Robocop? Yup! Check out the trailer for yourself, below.

The epic saga continues in Mortal Kombat 11: Aftermath, as Fire God Liu Kang, the new keeper of time and protector of Earthrealm, must now enlist the help of unlikely allies and familiar foes to forge a new history as the fate of two worlds hang in the balance.

Adding to the growing roster of playable fighters, the new expansion features the triumphant return of Fujin, the God of Wind who serves as Earthrealm’s protector alongside his brother Raiden, and Sheeva, the four-armed, half-human and half-dragon queen of the ancient Shokan race. RoboCop, the iconic, highly advanced cybernetic police officer will make his first appearance in the franchise, continuing the pedigree of popular Mortal Kombat guest fighters.

RoboCop in Mortal Kombat 11 features the voice and likeness of actor Peter Weller, who portrayed the popular character in both the original “RoboCop” (1987) film and “RoboCop 2” (1990) sequel. Mortal Kombat 11: Aftermath will also include three new character skin packs to be released over time.

In addition to the new story and characters, NetherRealm is promising Aftermath will launch alongside a free update, that will include new stages, Fatalities, and the return of Friendships! Aftermath will set you back $40, or if you haven’t jumped into Mortal Kombat 11 yet, you can get the Mortal Kombat 11: Aftermath Collection, which includes the original game, Aftermath expansion, and all previous DLC for $60. Pre-orders are open now.

Mortal Kombat 11 is available now on PC, Xbox One, PS4, and Nintendo Switch. Aftermath will launch on May 26.