Waiting for the Windows 10 RTM build to release? If earlier insider reports are to be believed, we will be seeing it tomorrow, July 9. However, while you await more RTM details, another build has been leaked out giving us some more screenshots to look at.

- All the Windows 10 Mobile Wallpapers in HD 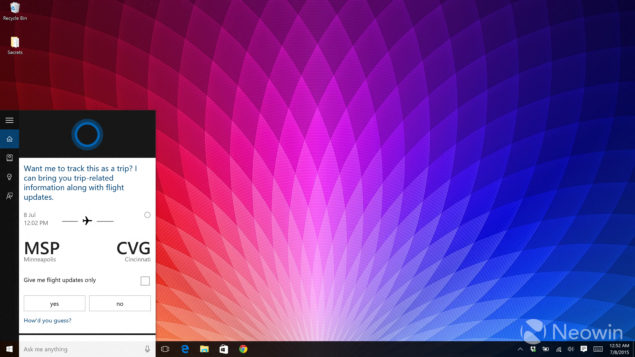 Microsoft is signing off on the release to manufacturing build this week, possibly tomorrow. This essentially means that the design changes and features we have seen in the latest builds will remain in the final version of OS. After RTM, Windows 10 will be in a kind of lockdown. While it would see changes over time through the apps, RTM build usually shows a stable, final version of the Windows. Now considering that we are about to receive the RTM build, you can stop expecting any major changes, new features, or other improvements from the upcoming insider builds. Today's lot of Windows 10 10163 screenshots also doesn't show any new additions as compared to the previous 10162. However, it does brings with itself the reports a very stable and fast experience with increased battery life.

We also saw some Windows 10 Mobile details leaking out earlier today. With a few screenshots, some details were also shared of the build that might be released after Windows 10 RTM is seeded out tomorrow. Here are some of the Windows 10 Mobile 10158 details if you missed them earlier in the day: