[Update]: Windows 10 Mobile build 10162 has also leaked in screenshots. Gallery can be found at the end of this post.

Windows 10 Mobile hasn't managed to get much love from Redmond as the focus is fixed at Windows 10 Desktop. Once the operating system for desktop is released on July 29, it is likely that we will see more details and builds of Mobile version coming around too. Reports have already claimed that the core members working on Windows 10 desktop will shift their attention to Mobile to help it be ready for the fall release.

- All the Windows 10 Mobile Wallpapers in HD 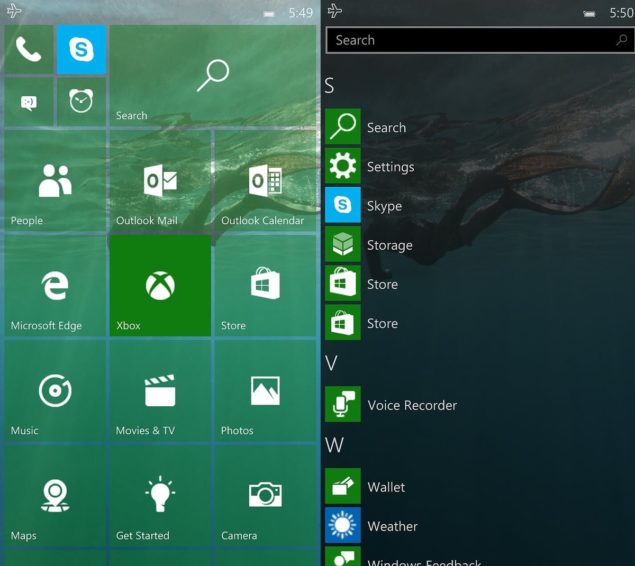 This leaked Windows 10 Mobile 10158 build won't be released to insiders according to the member who has posted the screenshots. It is further shared on the post that another build 1016x will be a more probable release version of the Mobile OS bringing improvements to the users. While there are no details about when we should expect this upcoming build coming to the Insiders, there certainly are many juicy details of the 10158 build that you would love. These details are followed with the leaked Windows 10 Mobile screenshots which are taken from a Lumia 830 smartphone.

Windows 10 Mobile 10158 was reported to be released to some of the Microsoft's developer partners. This build carries a few changes as compared to current publicly available build 10149. We can see some UI improvements but the original poster has also shared some other details. Here are the details of Windows 10 Mobile 10158 as originally posted: 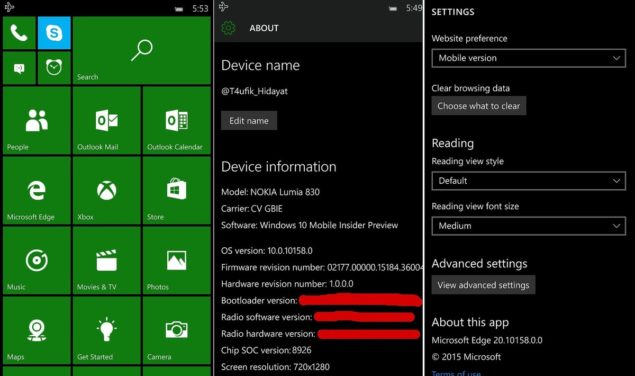 While we can't be sure when to expect 1016x but it shouldn't take Microsoft too long to release it. We are expecting to see Windows 10 RTM build coming tomorrow on July 9. Another desktop build is also promised for this week. Windows 10 Mobile 1016x might see a release to insiders next week once Redmond is done with RTM.