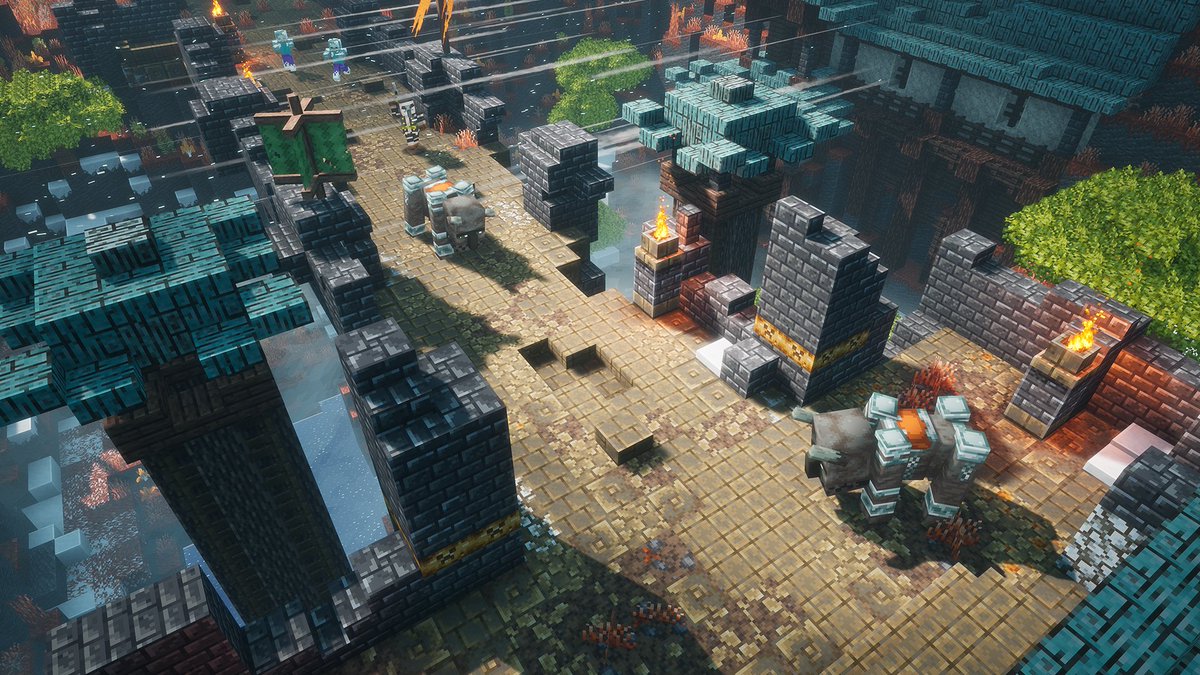 Minecraft Dungeons is getting a new season pass in addition to four new DLC packs in the coming weeks. This will bring its total DLC count up to six, which help spice up this lively little Diablo-esque dungeon crawler for Minecraft fans.

The first in a series of four new packs, Mojang is bringing out Howling Peaks, which is set to debut on December 9. Announced via blog post, the developer confirmed that Howling Peaks will introduce a new set of story missions and enemies, additional gear and items, and a new biome to explore.

The new season pass will offer some savings for players, who will get the Howling Peaks DLC as well as the other three releases when they become available.

Heroes, a storm is brewing! Are you prepared for your most dangerous journey yet?

Howling Peaks DLC blows into Dungeons on December 9 – it's time to trek to the top!

There's currently no additional information about either what the other three DLC packs will explore, or when we can see them out in the wild. It should be a good time, though, for eager players looking to tackle some fun dungeon-crawling action when the new content does arrive.

We awarded Minecraft Dungeons a 7.6 in our review, praising its "fast, varied combat" and the fact that, at its core, it's fun when flying solo or playing with friends.

"Minecraft Dungeons is a bright and colourful dungeon crawler, with interesting enemies and fast, frantic combat. It doesn't bring anything new to the genre, and takes away quite a lot of its complexities, leaving us with a simple, accessible, unremarkable yet still fun game."

Just about a week ago, the game added cross-platform support multiplayer. The patch, which dropped on November 17, now allows players across PlayStation 4, Xbox One, Switch, and PC to join up and raid dungeons together. This update comes just in time for the new content to drop, and as the holidays near, there's plenty of opportunities for families to play together.