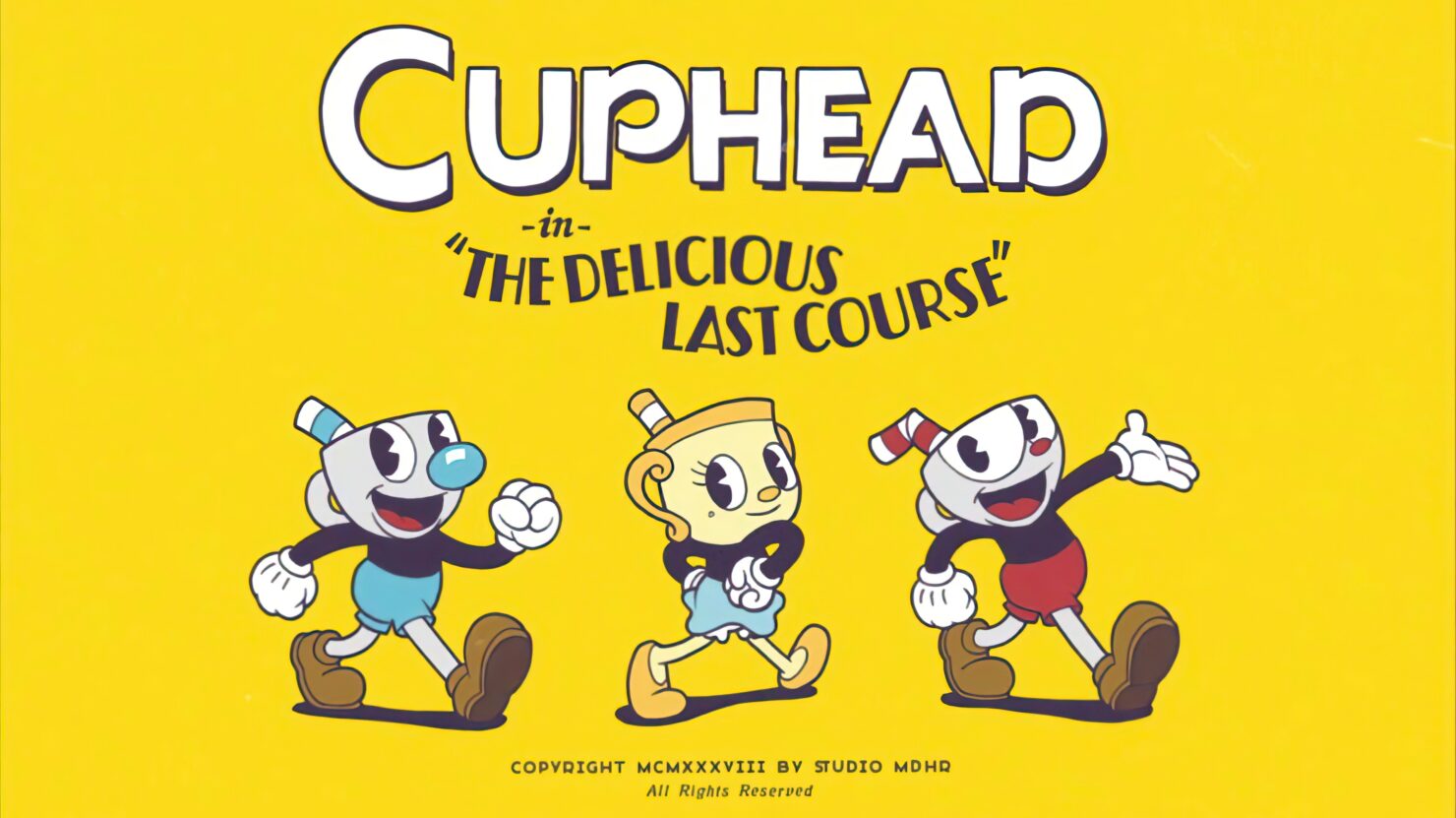 Shortly after getting our very first hands-on with Cuphead's The Delicious Last Course content and besting Mortimer Freeze as the newly playable Miss Chalice during Summer Game Fest's Play Days, we had the pleasure to check in with Maja Moldenhauer to discuss the upcoming launch of the Delicious Last Course and what's next for Studio MDHR. Maja wears many hats in her role at Studio MDHR on the Cuphead DLC Project: Studio director, executive producer, and leading inking artist.

This is the big question here. It's been almost four years since Cuphead: The Delicious Last Course was unveiled. What made this DLC take four years to get polished and get ready?

Maja: Yeah. You know what? We alluded to it a little bit a while ago. In hindsight, in retrospect, we probably announced it too early, when it was just a concept in our brain, in terms of like, we should probably do a DLC. Ultimately, we wanted to make Miss Chalice part of that trio of heroes; we always did. But with the core game, we didn't get to include her due to time and budget constraints. So we're like, okay, we'll do that. But we really didn't put pencil to paper until, I would say, 2019. Through the pandemic, it proved to be a little bit tricky in terms of efficiencies and stuff like that. Our people come first and their mental health. So we took our time without pushing anyone, and there was really no timeline for us to get this out. It was like when it comes out, it comes out.

How long is The Delicious Last Course going to take to run through?

I think it varies, it will depend on people's skill set. You mentioned earlier that you played Contra growing up, so it's in your DNA to know how to play these fast, twitch run-and-gun platformers. I would say for a seasoned Cuphead player, it's probably around three to four hours, and then it will vary. I've seen some speed runners within the core game, and they can get through it quickly. And then other people, it takes a lot longer.

Do you have a level count in mind for this extra island?

Will there still be the traditional platforming stages as well?

No, no platforming stages. We wanted to experiment with how you get coins and money to visit the shop to buy weapons and charms. That's one of the things that you'll have to discover in terms of how to get those coins this time around.

We introduced Miss Chalice, and she's a new playable character. You'll also be able to go back into the core game and play as her and rediscover how to play the core game for people who might have already played through it and offers a whole new experience playing with her.

Are there any balance changes for the core game to account for Miss chalice and perhaps like new weapons?

I would say it's complimentary. We often hear a lot about how challenging the game is, and I will say Miss Chalice is not an easy mode. She is complimentary to Cuphead and Mugman's moves and superpowers and things like that. I personally find I like playing with her better. Somebody else in our company enjoys playing Cuphead, and it's just going to cater to different skill sets.

Now we finally have three playable characters. Is there going to be the possibility of a three-player co-op for the campaign?

No, because it's just going to be couch co-op, no online co-op, and yeah, no plans right now for three.

There's also the story so how you equip this chalice. The story behind The Delicious Last Course is legendary chalices stuck in the astral plane, which is like in a ghostly universe. To equip her, you eat this magical cookie and swap places with one of the other characters. In this demo, for example, Mugman eats the cookie, becomes a ghost in the astral plane, and Miss Chalice becomes real. So you're always just switching with one.

Is Astral Plane switching part of the gameplay mechanics, or is that just how to set the stage? I didn't know if, at a certain point, you'd have the ability to switch between the two in the middle of a mission.

You can between levels but not in the middle of a boss fight. You definitely need to wait to play with Miss Chalice because you would have to equip that charm before you enter a level. If you find that you have to parry a lot, but you prefer the double jump rather than a dash to parry, you can switch back to Cuphead and Mugman to tackle that boss.

Are there new weapons or abilities for people who love playing just as Cuphead or Mugman?

Yes, there are new weapons, new charms to be discovered.

Are there any that you can talk about right now?

I think that one of the ones in this demo, the three-way shot is new. But other than that, we would love to keep it all under wraps for fans to discover and experience on June 30th.

Does the cookie charm you're talking about take up one of your inventory slots?

It does, and this is why. Miss Chalice does come with a couple of things. She has her dash parry. So if somebody doesn't like timing the double jump, she can dash into objects to parry. She has an automatic parry, she has an invincible roll, and she comes with an extra HP. She comes with all these things but she is a charm itself, so you don't get to put another charm on, which is why she's an amalgamation of all these different charms in one because you don't get to pick another one.

Is Studio MDHR using new rendering effects to enhance the gameplay and visuals in The Delicious Last Course?

No, we did it the exact same way as the core game. We added a significant amount of more detail, and I think Cuphead fans will notice the difference. That also contributes to the development timeline a little bit. We wanted to hone in on the craft, push the boundaries, test out new things and new features. We love 2D animation; we think there's a magic when you put pencil to paper. We just wanted to push the boundaries again. Because of Cuphead's success, we had the opportunity to do that this time. Aside from Boss transformations, I think there are quite a few location transformations as well. Instead of a single arena, between the phases, there are more backgrounds with a lot more color and more effects. It's almost like taking Cuphead from early Disney days to closer to Fantasia.

I know a big project that's going on is the Cuphead TV show as well. Is that all done by the animation studio, or are you bringing some of Studio MDHR to work on the animation?

They're mutually exclusive. We're on the board as executive producers for the show, but otherwise, a team out in Ireland called Lighthouse is animating the show. It's just two different teams; all managed through the Netflix umbrella.

With Cuphead: The Delicious Last Course launching on June 30th, what will the price point be?

Are you planning to have a bundle with like the core Cuphead Game and The Delicious Last Course?

Yes, we are, with a 99-cent discount when they're bundled.

Will The Delicious Last Course be available on Xbox Game Pass as well?

Will there be any special features or enhancements for the Xbox Series S|X or PlayStation 5 versions of Cuphead?

It will be compatible with them but no, no extra features.

With the original Cuphead, some of the endings were locked per difficulty. Will players be able to get the full The Delicious Last Course experience if they are playing on a lower difficulty?

Yes, they will. To access The Delicious Last Course, you actually don't have to beat the core game to play DLC. You have to only beat one mausoleum. Whether it be on the first world or second world, you just have to beat one mausoleum, and then a mystery character will appear at a nearby shoreline or dock. Talk to this character, and he will activate fast transfer or take you to DLC Island and back and forth.

If someone is playing on the lowest difficulty, will they still be able to experience all five of the boss fights?

One singular phase of a boss in The Delicious Last Course has more animation than a full boss of the core game. We haven't done an official frame count yet, but I believe it's definitely not one-to-one. It will probably stack up to be the same amount of animation as the core game in this one island.

Have you gone back to touch up any of the core game, like adding new frames or animations to those previous levels?

No, it's in the archives now.

With The Delicious Last Course having the word 'Last' in the name, will this be the last for Cuphead One or this specific title for the team?

What's next on the horizon for the studio?

Well, a couple of projects, none of which we are discussing yet. We're taking a page out of our rulebook of not announcing too early, but we're not going anywhere. We're going to stay in the animation space for sure, but don't be surprised if you see different genres.

I think that covers everything, so thank you very much for your time.