Naruto Shippuden Ultimate Ninja Storm 4, the latest entry of the series developed by CyberConnect 2, has only been released a couple of months back, but it has already received additional content through DLC packs. If you're among those still enjoying the game, you will be happy to know that more additional content will be coming soon to the game. 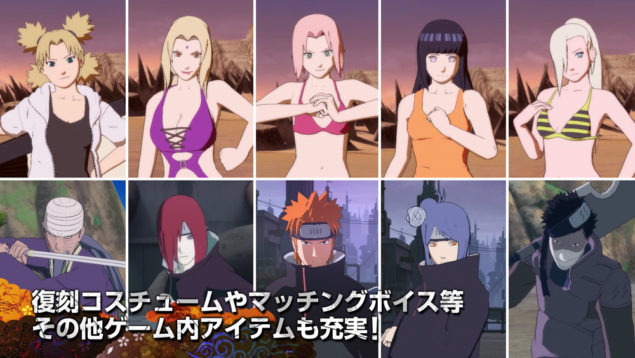 Earlier today, Bandai Namco has confirmed that the Naruto Shippuden Ultimate Ninja Storm 4 Sound Four DLC will be released next week, on May 3rd, for all Season Pass owners. Everyone else will have to wait until the following week, May 10th, to purchase the DLC pack for $6.99. A new trailer and a few screenshots have also been made available, and you can find them right below.

Naruto Shippuden Ultimate Ninja Storm 4 is now available in all regions on PC, PlayStation 4 and Xbox One. Additional content is also available for purchase on all formats. We will keep you updated on DLC packs hitting the game in the future as soon as more comes in on them, so stay tuned for all the latest news of the final entry of the popular CyberConnect 2 developed series.