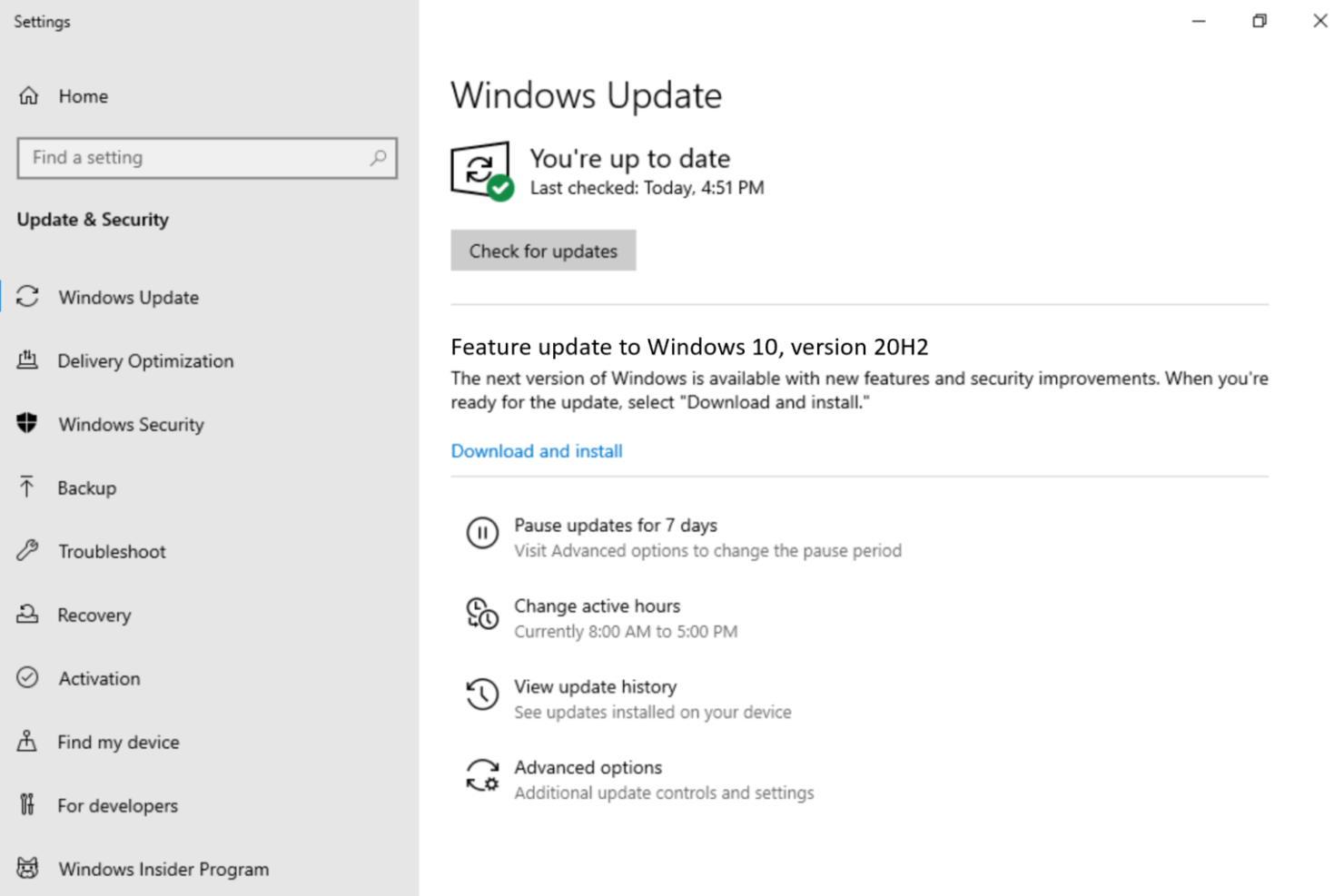 Microsoft has been changing things up with how it tests new features internally and through its Insider Program. For the past several months, the builds that were being released to the Fast ring (now called the Dev Channel) weren't tied to any specific version of the operating system.

This changes today as Microsoft has announced Windows 10 version 20H2, releasing builds to the Beta Channel (previously known as the Slow ring). "The 20H2 feature update will be a scoped set of features and include the new Microsoft Edge based on Chromium," the company wrote in today's announcement.

The build is available to Insiders who are enrolled in the Beta Channel aka the Slow ring via the "seeker" approach, which means you will have to go Settings > Update & Security > Windows Update to be able to download and install Windows 10 version 20H2.

Today's is the first new build coming to the Beta Channel since the public release of Windows 10 May 2020 Update. As a reminder, Microsoft has shuffled its Windows Insider Program; if you are getting confused in all this channel-ring talk, just head over to this piece for some context.

Coming back to today's Windows 10 20H2 Build 19042.330, Microsoft said it brings all the fixes from KB4557957 along with the new Microsoft Edge. If you choose to download Windows 10 version 20H2, you will also be replacing Microsoft Edge to the new Edge that's based on Chromium.

Microsoft also clarified that unlike version 19H2 (or the November 2019 Update), it isn't turning off some features for a subset of Insiders. Instead, it's releasing everything for everyone based on the Insider feedback received during the testing process of 19H2.

"Insiders in the Beta Channel who don’t choose to download and install 20H2 won’t see new features," the company said. If you are an Insider and do choose to install the upcoming version of the operating system, you will continue to receive new updates like the monthly cumulative updates. Microsoft promised that "over time, more new features and improvements will be delivered through this process."