Metro Exodus Length to Be That of the Two Previous Games Combined; There Won’t Be Any Fetch Quests 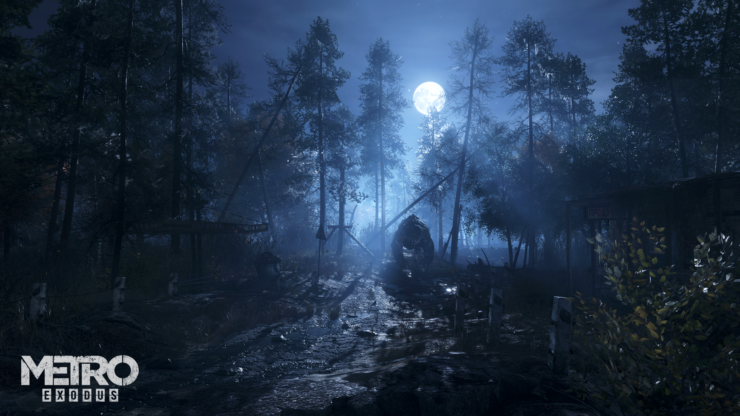 Speaking with GamesTM magazine (issue 204), Huw Beynon, Head of Global Brand Management at Deep Silver, revealed that Metro Exodus will last approximately as long as the previous two titles (2033 and Last Light) combined, which translates to around 25 hours. In fact, he added that 4A Games is actually struggling to fit the game on a single Blu-ray disc.

We’re looking at a total playtime of both previous games combined. In terms of geographical footprint, as we have moved to these more open areas, we can fit pretty much the entirety of the first two games (in terms of footprint) into just one of our huge levels. The last two games came in at about 12GB each, and we’re struggling to fit Metro Exodus onto a single Blu-ray. This is a massive step up for the studio.

Executive Producer Ken Bloch was quick to assuage any fears of the stereotypical open world 'fetch quests' being in Metro Exodus, in case you were worried.

It’s not like we have a sign up on the screen that says go here, do this, fetch that. We still try to integrate everything naturally… there is all sorts of stuff that you can just come across naturally and explore for yourself rather than just being told to, like, go fetch ten of those things. We didn’t want to – and we don’t do – that kind of stuff.

Bloch also revealed that the team had to go through a lot of back and forth between the open-ended and linear design of Metro Exodus, though they've finally struck a nice balance.

When we first started we made a completely open level and we went completely in the wrong direction with it. We had to reel it back in… we had to go back in the other direction and see where the line was. Then we found ourselves removing too much of that open feel. It was a back and forth for so long, of us just iterating to try to figure out the right balance. At the end of the day, I think if we had gone completely open world that maybe there’s some formula that we could’ve found, eventually. But I certainly think that it would’ve been a larger shock to the system, for ourselves, and for our fans. With the formula that we have now, we found a way to contain a story arc and progression through these big open areas that is very well defined.

Chris recently played the game at Gamescom 2018 and he's very positive on the final outlook, to say the least.

One thing is certain, the more I see of Metro Exodus, the more I like it. In my first look at the game, I encountered a few bugs, this time I genuinely didn’t find a single one, though this level was narrower and more focused than the other one. What is most important is that this level showed me more than any before that Metro becoming more open hasn’t lost the ability to keep you on edge. It’s just that now you have choices.

Sometimes these choices are either sit down and cry or just die. Not a great choice, but a choice nonetheless. It’s the mood that Metro Exodus can put you in. You have the choice to retreat, potentially take a different route, sometimes just think about what resources you have at hand and if you can feasibly make it. It’s choice that let Metro Exodus stand out as the best-looking shooter of Gamescom for me and one of my most anticipated games of 2019.

The game, one of the first to exploit the NVIDIA RTX powered ray-tracing features, is due to release on February 22nd, 2019 for PC, PlayStation 4 and Xbox One.