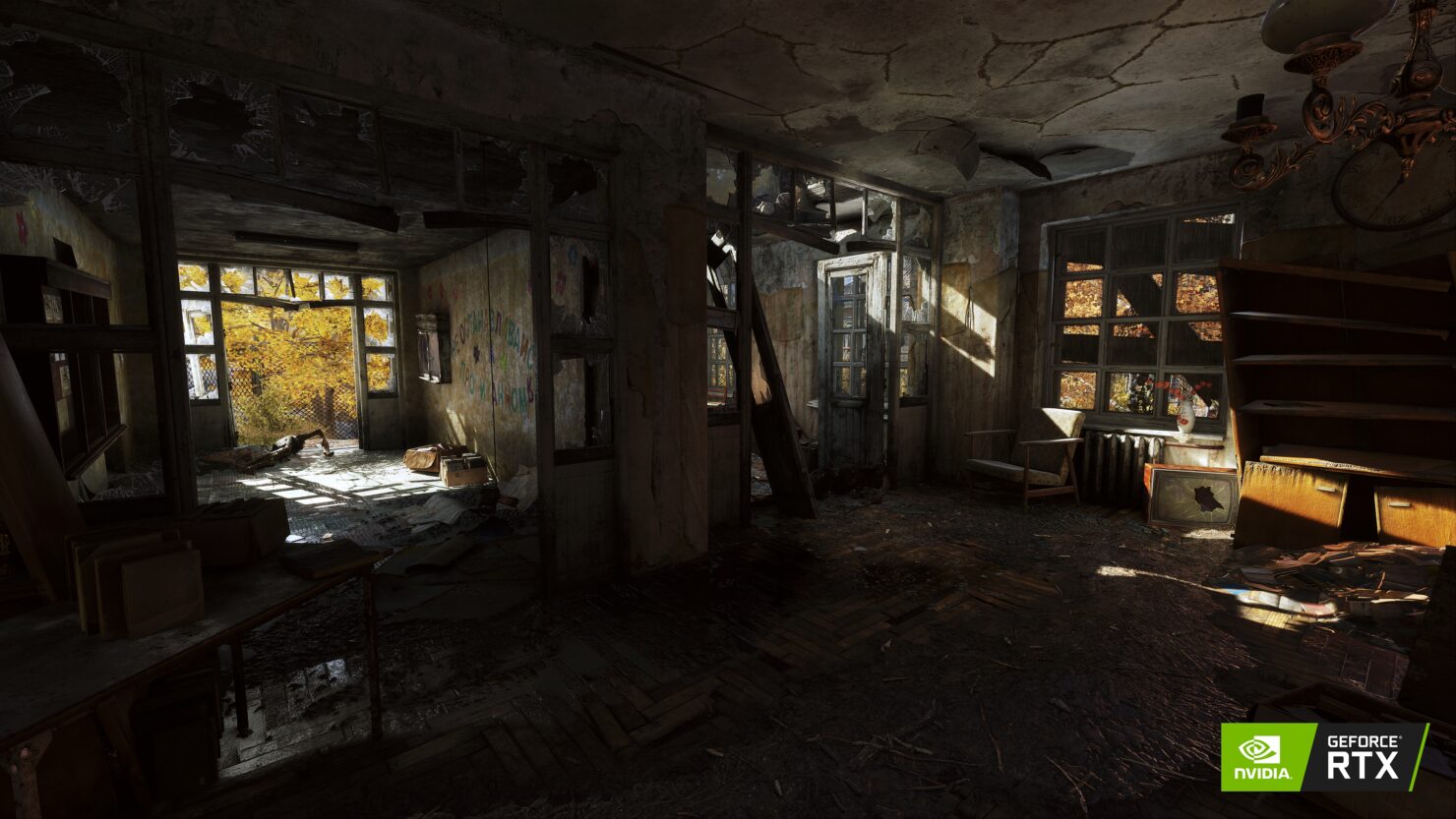 Earlier today, German website PCGamesHardware published a lengthy report on Metro Exodus, delving on both the game itself and its technical features (including performance, of course) as they were experienced during the demo available at Gamescom 2018.

Interestingly, as mentioned in the title, they were the first to confirm two additional NVIDIA features (on top of the already announced and showcased ray tracing) in Metro Exodus: HairWorks and Advanced PhysX. 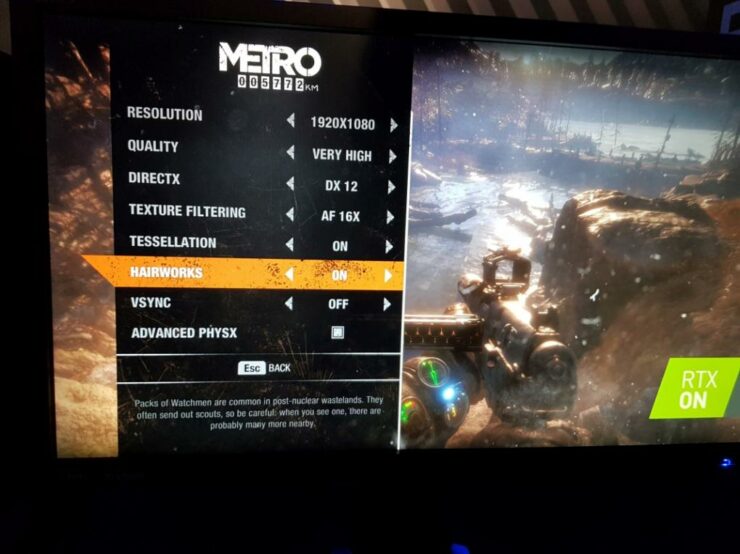 NVIDIA HairWorks is quite the surprise as the tessellation-based technology hasn't been used in a long time, with the notable exception of Final Fantasy XV Windows Edition. In fact, after its debut with Infinity Ward's Call of Duty: Ghosts in the latter part of 2013, HairWorks was only used in Ubisoft's Far Cry 4 and then most famously in CD Projekt RED's The Witcher 3: Wild Hunt.

It will be interesting to see whether NVIDIA and 4A Games can optimize HairWorks to be less taxing than it proved to be even in the last iteration we've seen for FFXV Windows Edition.

On the other hand, finding PhysX support in Metro Exodus is way less surprising as Metro Last Light also featured it. Here's a brief description provided by the NVIDIA on how the previous game in the franchise used PhysX:

Like Metro 2033, Metro: Last Light uses PhysX to power both general physics and hardware-accelerated physics effects. With general effects, objects can be manipulated and destroyed, and characters fall realistically when killed. Dozens of smaller, less obvious, less exciting examples can be found throughout the game, and though each effect is of a high quality, with destruction being singled out for praise in particular, each effect’s realism is limited by the need to retain compatibility across all GPUs.

To enhance these effects, and to bring them to a level of quality on par with the game’s other cutting edge features, 4A has once again implemented NVIDIA GeForce GTX, GPU-powered PhysX effects, using the PhysX SDK. Each is realistically simulated, enabling effects to persist in the world, to interact with other game elements, to move without unrealistically clipping through geometry or objects, to be dynamically shadowed and self-shadowed, and to be manipulated by the player, other characters, and other effects. They are also automatically shaded, shadowed and lit like the game’s general geometry and objects, allowing them to blend in naturally without any additional work from 4A’s developers.

Used throughout the game to enhance everything from sparks to smoke volumes, these GPU-accelerated effects fall into a few general categories.

We can probably expect a similar implementation in this sequel, though PhysX has advanced a lot since 2013.

There's another side of the report that's worth mentioning. While the non-RTX demo of Metro Exodus ran at smooth frame rates on a GTX 1080Ti at 4K resolution, the RTX demo didn't really manage to hit the target 1080p@60 fps stated by the developers at 4A Games and that's on the top-of-the-line upcoming RTX 2080Ti. Of course, there's still plenty of development time left with the game set to release on February 22nd, 2019, and perhaps disabling computationally intensive graphics features such as GameWorks and PhysX could yield a much-needed performance boost for those who'll want to play the game with ray tracing enabled.