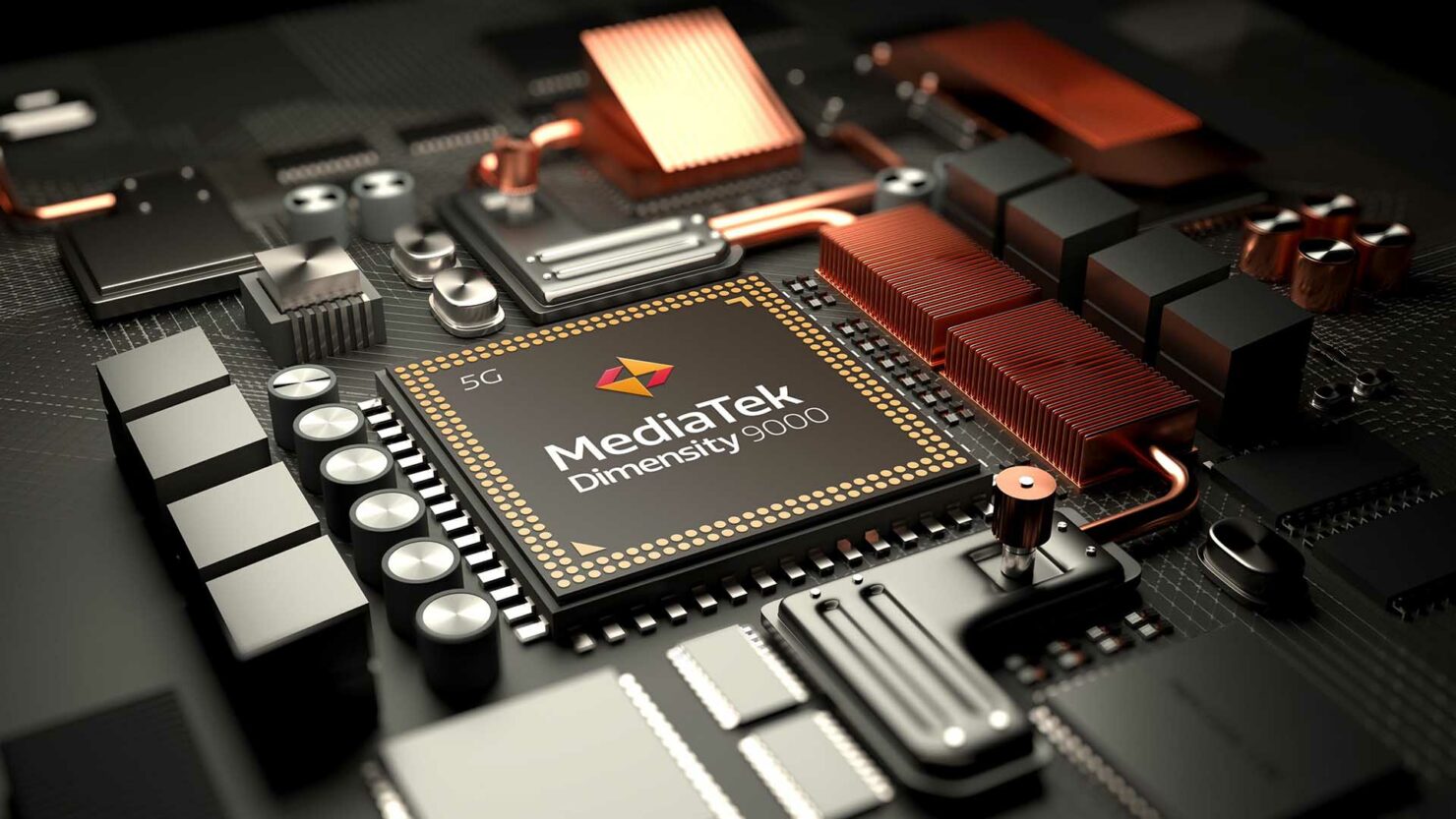 Who would have thought that MediaTek, a manufacturer of low to mid-end smartphone chipsets, would surprise heavy-hitters like Qualcomm with its Dimensity 9000? The extent of this flagship SoC is so great, new benchmarks show that it comes close to the A15 Bionic’s performance, becoming the second-fastest smartphone chipset in the world right now.

As difficult as it is to believe, tipster Ice Universe has posted some Geekbench 5 single and multi-core results of high-end smartphone chipsets. The Snapdragon 888, Snapdragon 8 Gen 1, and Exynos 2200 all fail to get the better of the Dimensity 9000, and this much-needed competition will only mean that companies like Qualcomm and Samsung will strive to make their chipsets better with the upcoming lineup.

Coming to the scores, the Dimensity 9000 obtains a single-core score of 1278 and a multi-core result of 4410. By comparison, it is the first Android smartphone chipset to break the 4000 points barrier in Geekbench 5. Unfortunately, as impressive as these results are, the SoC fails to beat the A15 Bionic, which obtains a score of 1750 and 4885 in respective categories. This can only mean that once Apple unveils the A16 Bionic, it may be the first mobile chipset to cross the 6000 multi-core score in Geekbench 5. 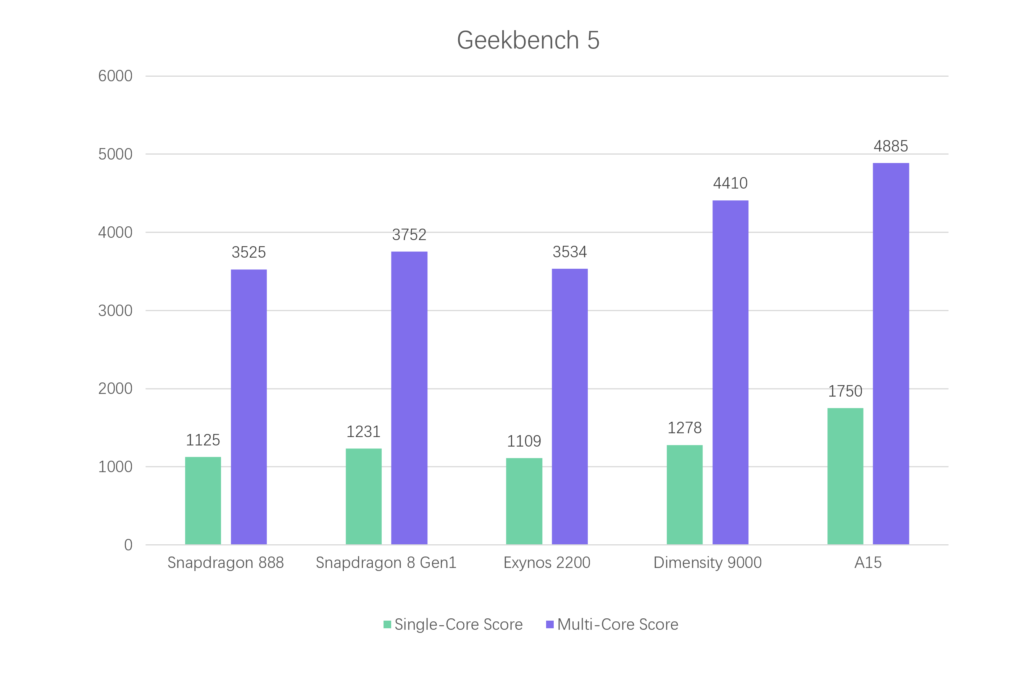 We still have some questions though. For instance, which smartphone was being tested running the Dimensity 9000, and how was its power efficiency? Was it consuming more or less power than competing chipsets? These aspects need to be taken into consideration because at the end of the day, the Dimensity 9000 will be found in a smartphone, not a stationary computer. Its efficiency matters just as much as its performance, and if it throttles during intense workloads, it may perform worse than the Snapdragon 8 Gen 1 and Exynos 2200.

Naturally, we will wait for more results to come through from commercial handsets and then give our verdict. For now, are you impressed with what the Dimensity 9000 brings to the table? Tell us down in the comments.