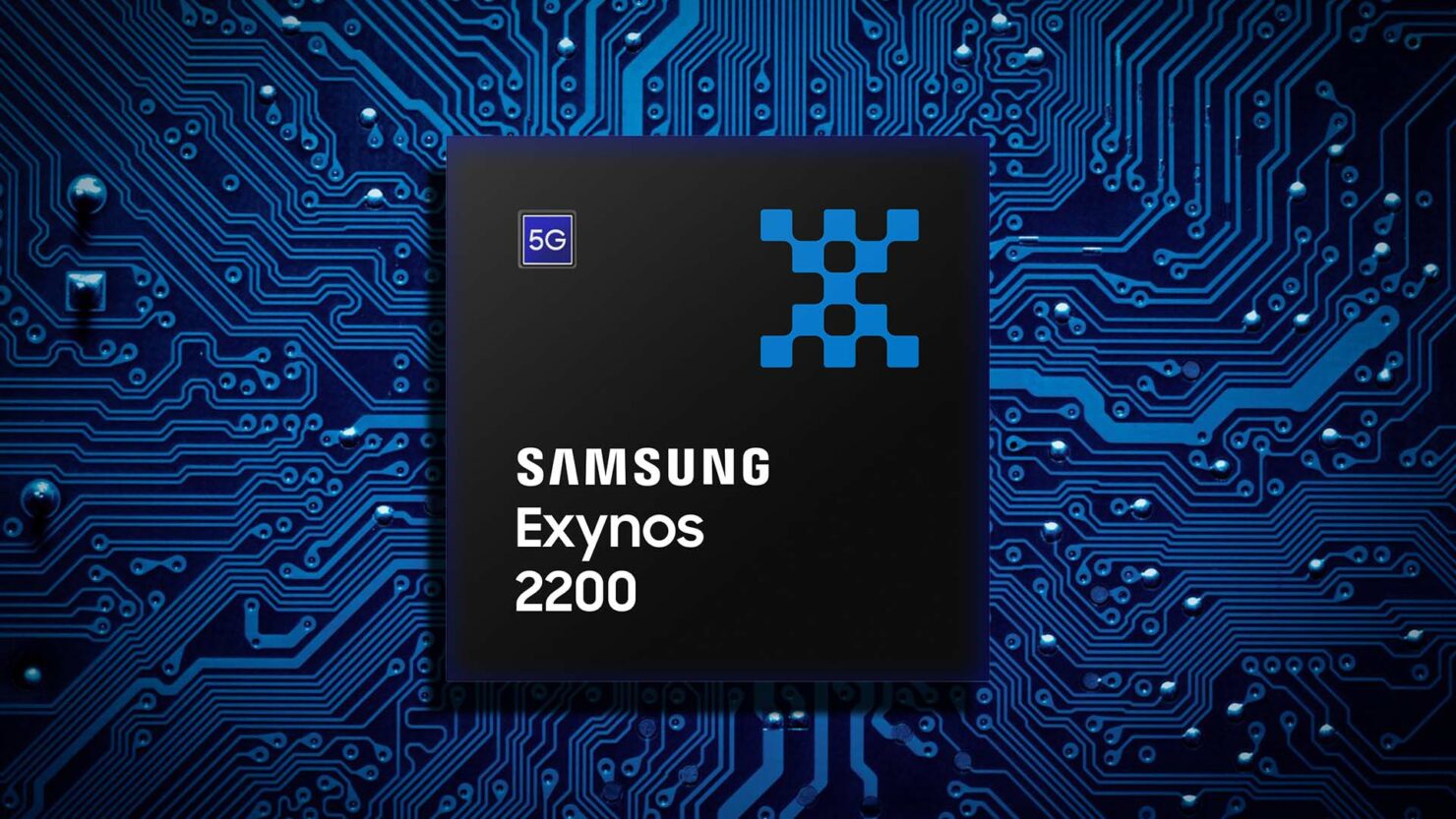 Samsung suddenly pulled a fast one on us and unveiled the Exynos 2200 with a custom Xclipse 920 GPU that is based on ARM’s RDNA2 architecture. The Korean giant is making tall claims that now, we will not just experience ray tracing on smartphones, but console-quality graphics will be available on handsets. We will eventually see how those claims hold true, but for now, let us dive into the details of this newly announced SoC and let our readers know everything there is to know.

Exynos 2200 Features the Same Tri-Cluster Core Configuration as the Snapdragon 8 Gen 1, Along With 8K 30FPS Video Recording Support, and More

Like its direct competitor, the Snapdragon 8 Gen 1, the Exynos 2200 features the same tri-cluster CPU formation, but with the following specifications.

“Built on the most advanced 4-nanometer (nm) EUV (extreme ultraviolet lithography) process, and combined with cutting-edge mobile, GPU and NPU technology, Samsung has crafted the Exynos 2200 to provide the finest experience for smartphone users. With the Xclipse, our new mobile GPU built with RDNA 2 graphics technology from the industry leader AMD, the Exynos 2200 will redefine mobile gaming experience, aided by enhanced graphics and AI performance. As well as bringing the best mobile experience to the users, Samsung will continue its efforts to lead the journey in logic chip innovation.” 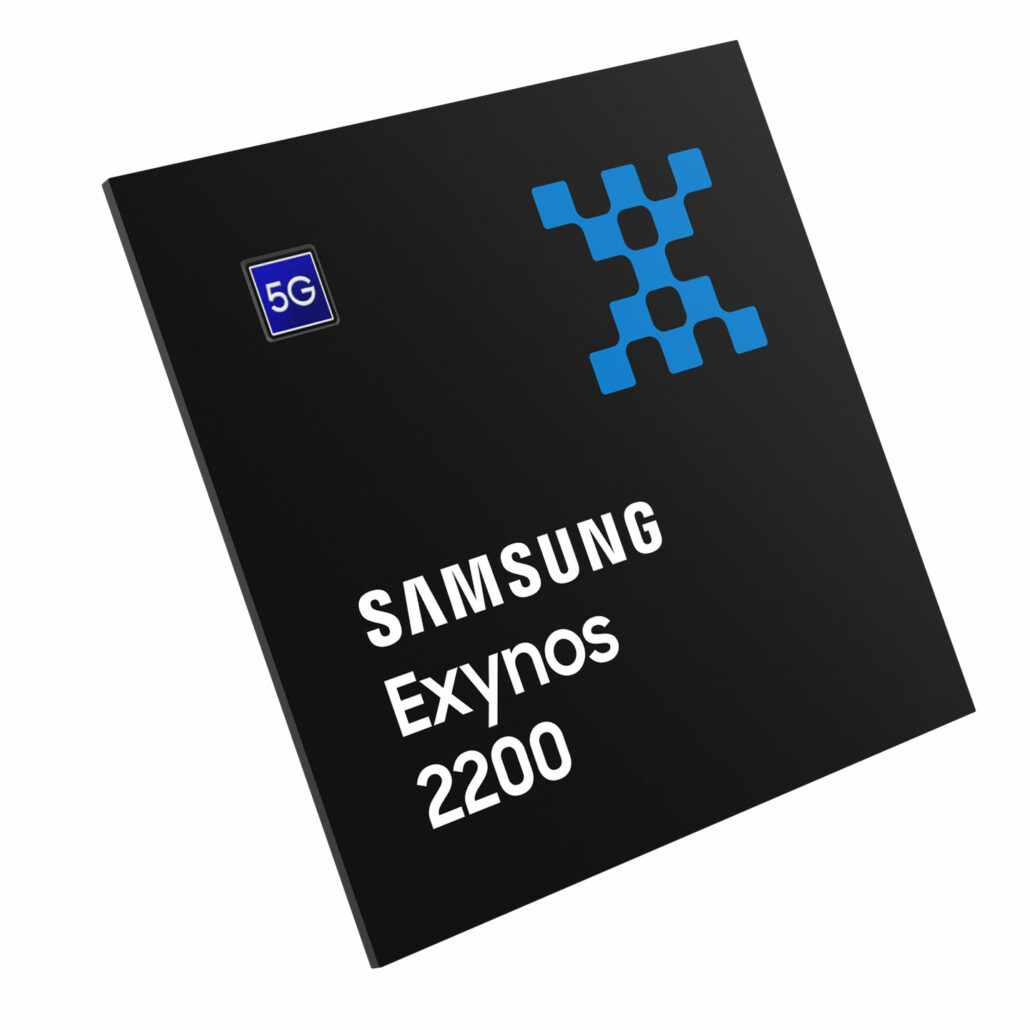 As for David Wang, the Senior Vice President of Radeon Technologies Group at AMD, he states that the RDNA2 architecture, that was previously available for PCs, consoles, laptops, and even automobiles, has branched out to smartphones, implying that we will experience the same upside of this architecture.

Coming to the other specifications, the Exynos 2200 features a more powerful ‘on-device’ AI with an upgraded Neural Processing Unit (NPU). The NPU’s performance has doubled compared to its predecessor, offering higher precision with FP16 (16bit floating point) support in addition to power-efficient INT8 (8bit integer) and INT16. The Exynos 2200 also integrates a fast 3GPP Release 16 5G modem that supports sub-6GHz and mmWave bands, boosting up to speeds of 10Gbps. 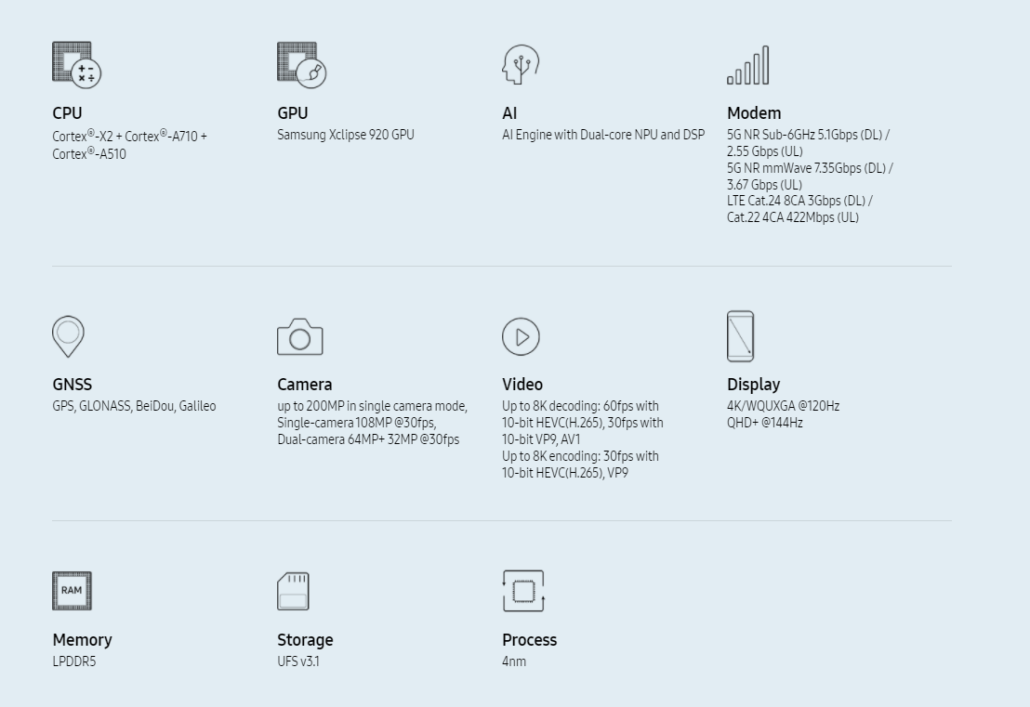 Samsung also says that the Exynos 2200’s Image Signal Processor (ISP) has been redesigned to support ultra-high resolution images of up to 200MP. It can also capture 108MP images at 30FPS, and 64MP + 36MP in dual camera mode. The newly announced SoC can also connect up to seven individual sensors. As for video recording, the Exynos 2200 supports 8K capture at 30FPS, with 4K capture going up to a whopping 120FPS.

It also supports LPDDR5 RAM and UFS 3.1 storage. With the latest unveiling, we get more hope that Samsung will introduce it in the upcoming Galaxy S22 series said to be announced during Galaxy Unpacked 2022, which will reportedly be held on February 8. Keep in mind that some information is currently unavailable to us, such as the number of GPU cores, its performance, and more.

We will eventually dig those out, so stay tuned for further updates.