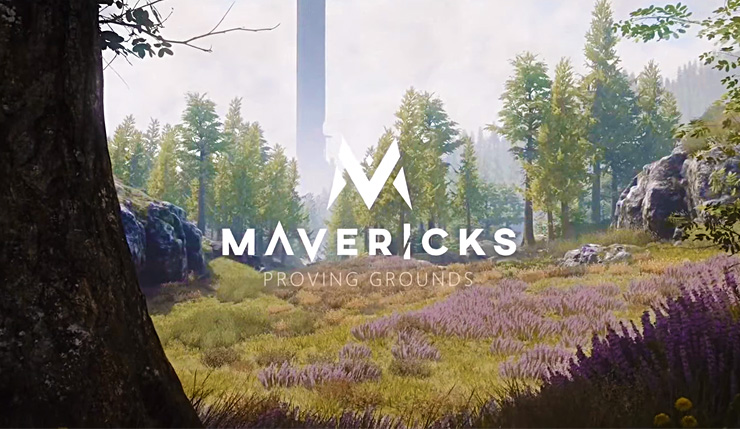 The battle royale craze isn’t dying out any time soon. Sure, the popularity PlayerUnknown’s Battlegrounds is slipping ever so slightly, but that can be chalked up to stiff competition from games like Epic’s Fortnite Battle Royale. The battle royale genre as a whole is still growing at a breakneck pace, and 2018 will see a number of hungry challengers entering the fray. The newly-announced Mavericks: Proving Grounds may just be the most ambitious of the bunch.

Developed by upstart UK studio Automaton Games, Mavericks aims to break the battle royale mold by quadrupling the traditional number of players from 100 to 400. Automaton are also aiming to boost the visual fidelity of battle royale games. They’ll be using SpatialOS tech to create a “living, breathing world” that looks more akin to games like The Witcher III or Horizon Zero Dawn than the rougher-edged PUBG or cartoony Fortnite. Check out the first Mavericks teaser footage, below.

Like a lot of battle royale projects, Mavericks: Proving Grounds began as something else – in this case, a 1000-player MMO-shooter codenamed Project X. Automaton still plans to launch the MMO version of Mavericks sometime in 2019, but they’ll be focusing on their battle royale mode first.

In an interview with PC Gamer, Automaton’s James Thompson delved into what the studio is aiming to bring to the battle royale genre with Mavericks…

“We want to focus on using more up-to-date tech to do something really ambitious, which is to create something that's both really realistic and intuitive to play through, but is also massive in scale. [Similar to other battle royale games], but also very very different in the level of simulation and strategy that we've put in the world.”

According to Thompson, that new level of simulation will include a variety of dynamic elements like wild animals and forest fires. It remains to be seen how well Mavericks actually plays, but Automaton are promising “very thoughtful” tactical level design, which sounds promising. Mavericks’ battle royale mode is scheduled to launch on PC in 2018, with an open beta penciled in for sometime this summer.

What do you think? Does Mavericks: Proving Grounds sound exciting, or are Automaton making big promises they won’t be able to keep?