Bioware has been teasing the next Mass Effect for a while now, with development updates and reporting passing certain milestones. The team seems extremely enthusiastic with the results and sometimes can't control their excitement and eagerness to show off their game to the public for the first time. The time is finally almost upon us as Bioware and EA will give us a glimpse into the world of the new iteration of the beloved franchise on June 15, during EA's E3 2015 press conference. 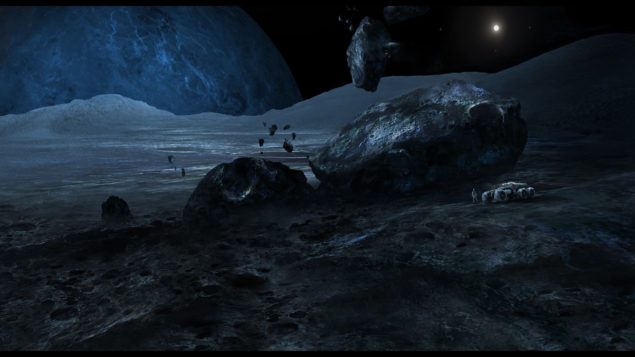 Bioware’s studio director Yanick Roy has now taken to Twitter to share his enthusiasm for the upcoming event. Roy avoids sharing any details regarding the title, although he does hint that Mass Effect fans should pay close attention to what's coming.

I can't believe E3 is upon us already... I'm super excited about it, but where did the time go???

@somerandomLuke Based on what I've been reading recently, I get the feeling they already are!

@CodyShepard641 😀 I don't think you could have been more right!

It's certainly an exciting time for fans of the series, and EA promises big things for E3 2015, stating that they will bring the house down, and given that they will be showing Need for Speed, Star Wars Battlefront, Mass Effect, the newly announced Mirror's Edge Catalyst, the new Plants vs Zombies game, and at least one more Star Wars title, I would have to agree that they could definitely achieve that.