E3 2015 is just around the corner, and over the last few weeks we had a few reveals including Call of Duty: Black Ops 3, Star Wars Battlefront, Assassin's Creed Syndicate and Need for Speed.

Industry Insider Shinobi602, who has been pretty accurate with everything he shared throughout the year, stated that EA has a lot more to announce at E3 2015. During a recent discussion over at NeoGAF, Shinobi stated that we should  “look for 3 unannounced EA games, one of which is a new IP.”

A neoGAF user asked, “Does this include Mass Effect, BioWare’s New IP and Criterion’s Game? Because technically those were announced last E3.” to which Shinobi replied “I’m not saying these are the games but those are technically unannounced officially.” 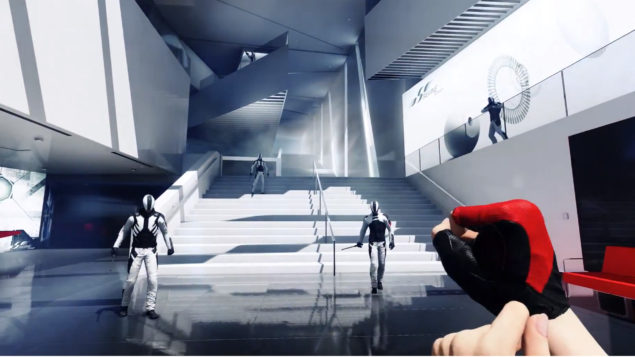 Criterion's new game was teased last year as a new IP focusing on extreme racing. Visceral has been teasing their upcoming Star Wars game, so a reveal at E3 is very likely to happen. We can probably expect to see the hugely anticipated reveal of the new Mass Effect, some gameplay footage of Mirror's Edge and Star Wars Battlefront as well as the new Plants vs Zombies game, and Criterion's racer. Bioware's new IP has been teased for some time now so we might actually get a teaser of what that might be as well as Visceral's Star Wars title which is likely the project that Amy Hennig is associated with.

We will bring you any new information on EA and all of these titles, as well as full coverage of the E3 2015 event next month.