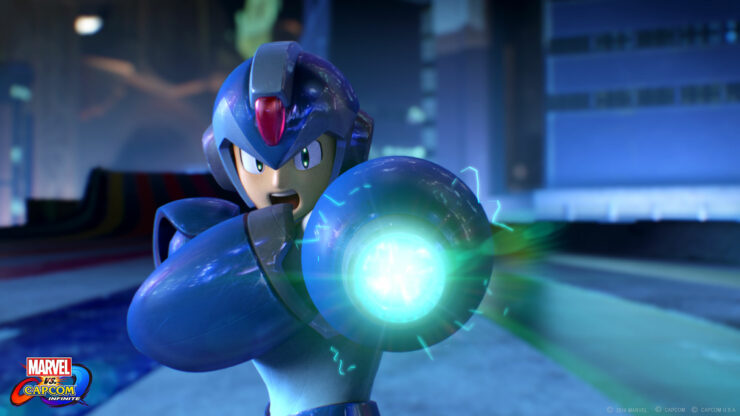 Marvel vs. Capcom Infinite, the new entry in the series created by Capcom, has been revealed earlier this month during the PlayStation Experience. The reveal trailer only mentioned a generic 2017 release date for PC and consoles, but it seems like we will get to experience this epic clash only late during the year.

The Marvel vs. Capcom Infinite Steam page has gone live a few hours ago, including the same information that has been revealed a few weeks back. The page, however, does reveal a couple of new things, such as the late 2017 release window and the lack of a Japanese audio track. 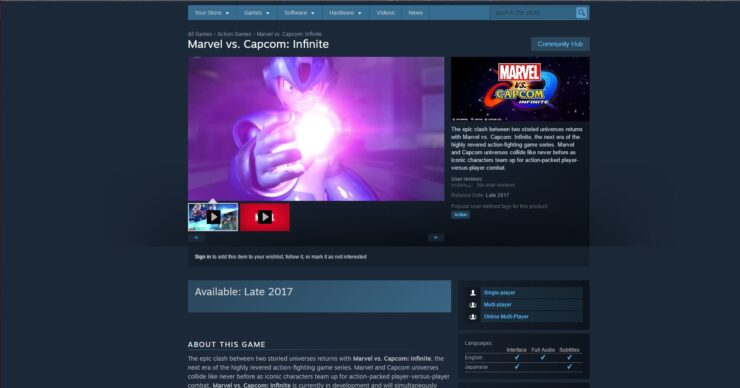 The Marvel vs. Capcom Infinite character roster has yet to be revealed in full, with only Ryu, Mega Man X, Morrigan, Iron Main, Captain Marvel and Captain America having been confirmed. A rumor circulating online states that X-Men and Fantastic Four characters will be coming to the game, but not at launch. Considering the matter of the X-Men characters' rights, it's likely that Capcom has to sign a separate deal for them.

Following the release of the reveal trailer, Marvel vs. Capcom Infinite received an extended trailer which confirmed Morrigan from the Darkstalkers series and Captain America, both returning from previous entries.

Marvel vs. Capcom Infinite launches next year in all regions on PC, PlayStation 4 and Xbox One. We will keep you updated on Capcom’s fighting game as soon as more comes in on it, so stay tuned for all the latest news.