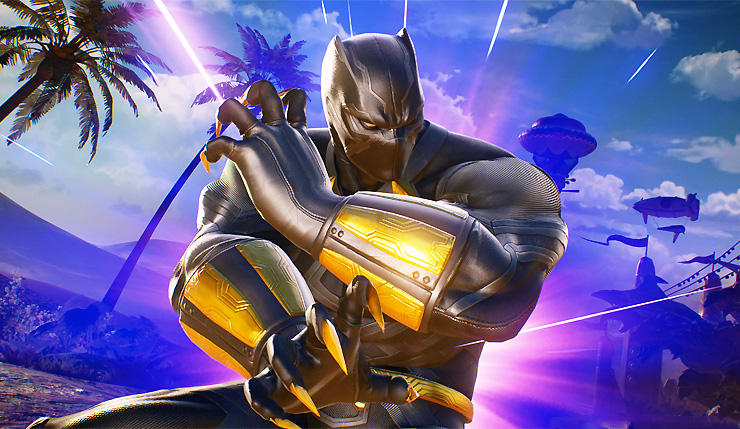 Marvel vs. Capcom: Infinite has been criticized for the large number of familiar faces included in its initial 30-character roster, but the game is about to freshen things up with an infusion of first-time fighters. This month MvC: Infinite will be adding Black Panther, Sigma, and Monster Hunter, all of which are new to the series. You can check out Black Panther and Sigma in action in a new trailer, below.

Black Panther is a melee fighter who utilizes quick slashes with his claws to win the fight. T’Challa can also cling to walls as well as jump from one to another in a matter of moments, allowing him to escape pressure, but to also pounce on an opponent from multiple angles.

And here’s the official rundown on Sigma:

Using his energy sword, Sigma is able to control the battle by opening up dimensional rifts that linger around the screen, hindering his opponent’s movement options. Armed with a command grab and a counter teleport, he has options to deal with overly aggressive teams that may try to take advantage of his slower but imposing move set.

In his review, Dave found Marvel vs. Capcom: Infinite to be a solid, but restrained fighter. Hopefully, Black Panther and Sigma can shake things up a bit.

Marvel vs. Capcom Infinite is a hard one to pin down. In a lot of ways, it’s the return of the Marvel franchise we all know and love, but on the other hand, it feels like too much has been stripped away. It feels almost as if it’s heading slowly towards this homogeneous fighting game archetype, instead of being its own unique beast.

Black Panther, Sigma, and Monster Hunter will be available on October 17 for $8 each, or as part of the $30 Marvel vs. Capcom: Infinite 2017 Character Pass. Capcom have announced Winter Soldier, Black Widow, and Venom will be released later this year.

Excited for Black Panther, Sigma, and Monster Hunter? Or does Capcom have to do more to impress you?