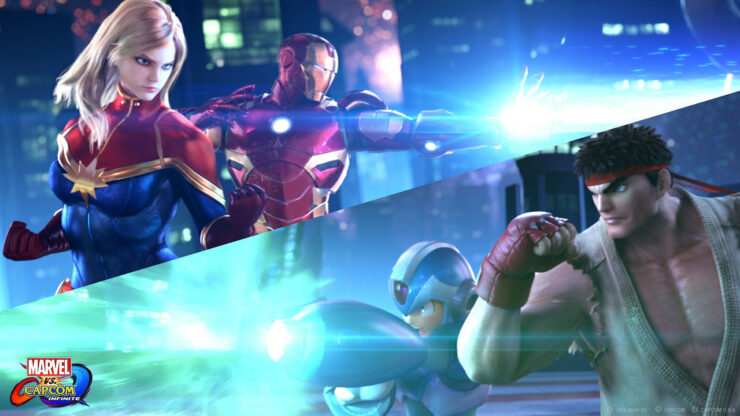 After quite a bit of speculation, the next entry in the popular Marvel vs. Capcom series, Marvel vs. Capcom Infinite, has been revealed during the latest edition of the PlayStation Experience with a reveal trailer, which has been followed by a short yet sweet gameplay trailer. Very little is known about the character roster, but two more characters have been confirmed.

In a new Marvel vs. Capcom Infinite trailer, an extended version of the one shown last weekend, it's been confirmed that Morrigan from Darkstalkers and Captain America will be coming back to the game in full force. Both characters seem to retain some of their signature moves from previous Marvel vs Capcom games, so those who played them extensively in the past should have no problem in the upcoming game.

In a few ways, Marvel vs. Capcom Infinite seems to be quite different from Marvel vs. Capcom 2 and 3, doing away with the three characters system and the assist systems which have been a staple of the series for quite some time. Among the new gameplay mechanics included in the fighting game by Capcom will be an Infinity Gems system, and the ability to perform tag combos in the vein of Street Fighter x Tekken. As mentioned above, the roster has yet to be defined in full, with only Ryu, Mega Man X, Morrigan, Iron Man, Captain Marvel and Captain America having been confirmed so far.

Marvel vs. Capcom Infinite launches next year in all regions on PC, PlayStation 4 and Xbox One. We will keep you updated on Capcom's fighting game as soon as more comes in on it, so stay tuned for all the latest news.