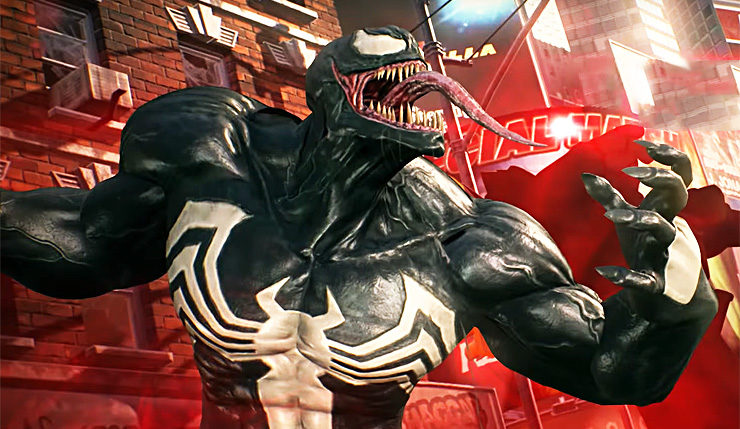 Marvel vs. Capcom: Infinite has dropped a release date and trailer for its next infusion of comic-book-inspired fighters. This batch includes Venom, as well as Marvel Cinematic Universe stalwarts Black Widow and Winter Soldier. This is the first time Black Widow and Winter Soldier have been playable in a Marvel vs. Capcom game. Check out the trailer, below.

Returning to the series with some of his signature moves, Venom’s aggressive playstyle is further amplified in Marvel vs. Capcom: Infinite. His new movement option is Venom Glide, a web zip of sorts, which can be aimed in six different directions, enabling him to keep the pressure going in his favor.

Black Widow’s gauntlets can fire off different projectiles that range from a sticky bomb to one that emits a nerve gas, which crumples the opponent. With the unique ability to perform evasive maneuvers, catching Black Widow will not be easy.

As a skilled assassin, Winter Soldier has various ways to debilitate opponents and excels at ground combat. Using his cybernetic arm, he can activate Metal Shield, which provides him with enough armor to not only ignore hits, but to walk away unscathed. Though his move set is limited with Metal Shield active, the potential for devastating punishes is massive.

Want to try out Marvel vs. Capcom: Infinite? Capcom is running a free multiplayer demo on PC, Xbox One, and PS4 this weekend. The demo kicks off on Friday, November 24 at 8am PT and ends on Monday, November 27 at 8am PT.

Venom, Black Widow, and Winter Soldier will be available on December 5 for $8 each, or as part of the $30 Marvel vs. Capcom: Infinite 2017 Character Pass. Capcom previously released Black Panther, Sigma, and Monster Hunter back in October.

Excited for Venom, Black Widow, and Winter Soldier? Or are there other Marvel characters you would’ve rather seen added to the game?