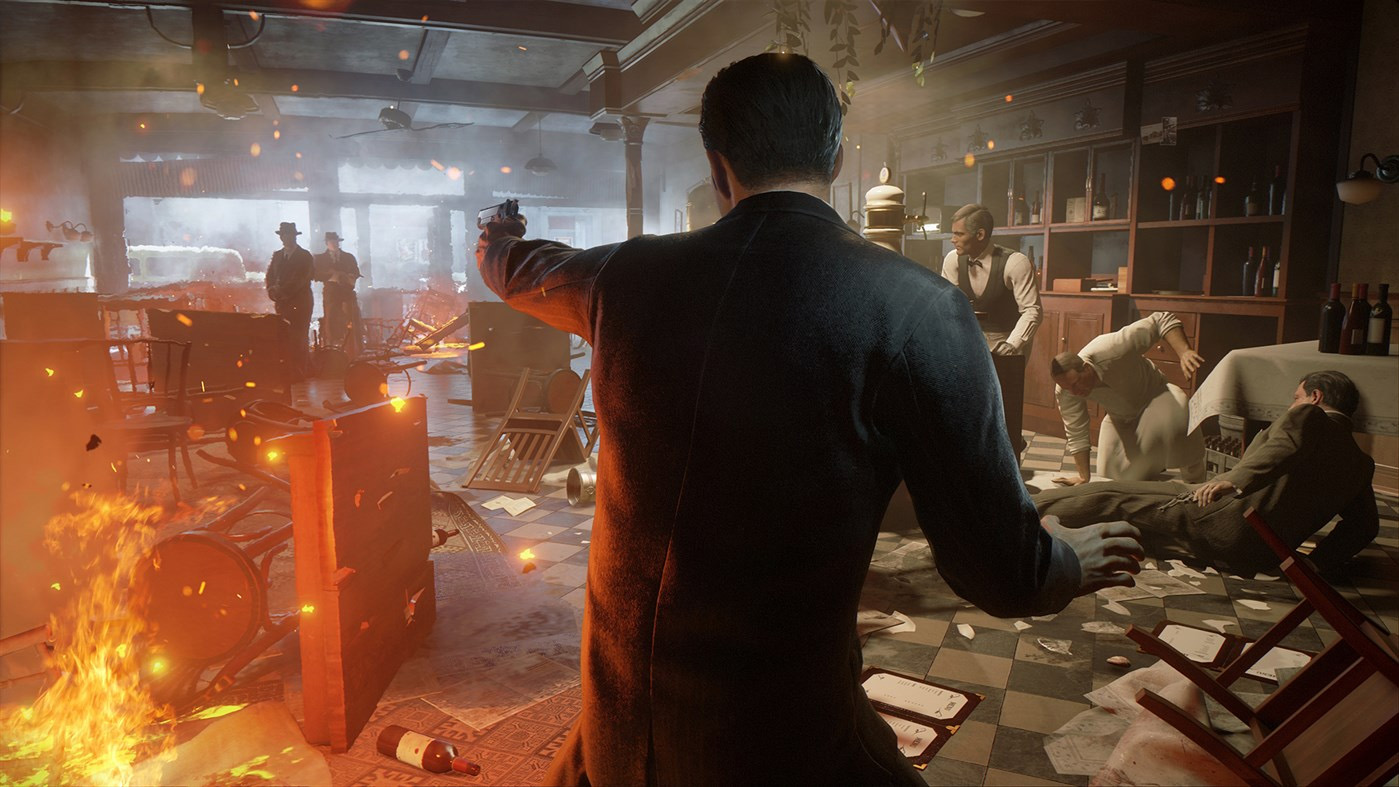 Mafia: Definitive Edition is getting the official gameplay reveal later today, but the footage has already leaked and you can see it below, in glorious 4K resolution.

Part one of the Mafia crime saga—1930s, Lost Heaven, Illinois.

Re-made from the ground up with a new game engine, an updated script, new cutscenes, additional gameplay sequences, and more, you’ll rise through the ranks of the Italian Mafia during the Prohibition era of organized crime. After a run-in with the mob, cab driver Tommy Angelo is thrust into a deadly underworld. Initially uneasy about falling in with the Salieri crime family, Tommy soon finds that some rewards are too big to pass up.

• Remade Classic – Faithfully recreated from the ground up, with a new game engine, expanded story, new and refined modern gameplay features, re-recorded orchestral score, and more. This is the Mafia you remember, only much more.

• Play a Mob Movie – Live the life of a Prohibition-era gangster and rise through the ranks of the Mafia in a cinematic experience, with new story elements like a revised script, brand new cutscenes, and re-recorded voice acting.

Mafia: Definitive Edition was originally scheduled to launch on August 28th, but the remake was recently delayed and will now be released on September 25th for PC, PlayStation 4 and Xbox One, available for purchase as a standalone title (priced $39.99) or as part of the Mafia Trilogy.

It is based on the Mafia III engine, though according to the developers at Hangar 13 it'll feature even better lighting thanks to the evolved technology.