There have been several rumors surrounding Microsoft’s high-end Lumia smartphones, which are going to feature the model name Lumia 950 and Lumia 950 XL. Now, in addition to those smartphones, another Lumia handset’s images has been leaked and from the looks of it, it sports a polycarbonate body. 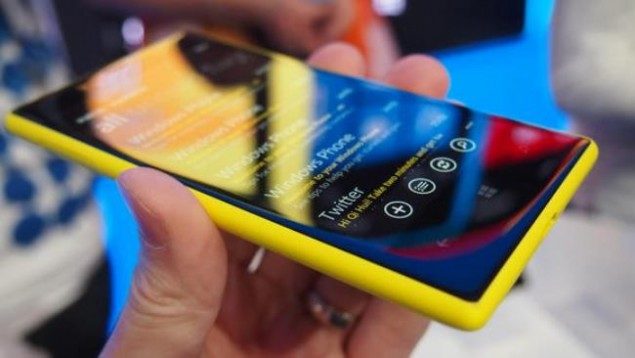 With the information that we have gathered so far, Lumia 950 and Lumia 950 XL are going to be devices that will be clad in a metal chassis, while the remaining ones are going to feature a polycarbonate or polycarbonate with metal bands. Coming to the hardware specifications of Lumia 950, we expect the smartphone will be running a Snapdragon 808 SoC, 3 GB of RAM, will be sporting an iris scanner, and feature a front LED flash function. The screen size of the smartphone is going to be 5.2 inches, which will most likely resonate the 1080p resolution.

As for the 5.7 inch Lumia 950, we expect it to render a 1440p resolution coupled with a Snapdragon 810 and 3 GB of RAM. Both handsets are going to be running Windows 10 out of the box and will also be sporting a 20.7 MP rear camera sensor. We expect that these two smartphones are going to be announced during the month of October. For now, this is all the info that have concerning these three Lumia devices. When more information becomes available, it will be published accordingly. For now, have the impression that we will be witnessing three high-end Lumia smartphones.