Previously, LG Nexus 5 2015 variant had its AnTuTu scores leaked (where the device obtained in excess of 85,000 points). Several readers and critics alike would have dismissed the scores as fake, which is the prudent thing to do. Now, another device sporting the name LG has popped in a benchmarking test, only this time, it happens to be in Geekbench. Are these the valid specifications of LG Nexus 5 2015? 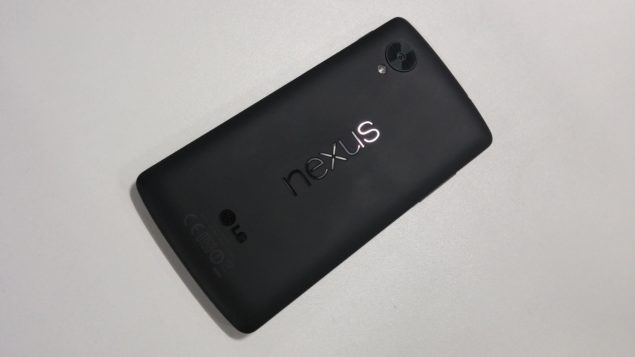 Thanks to the details present on Geekbench, it is possible that another Snapdragon 808 running handset will enter the market belonging to LG (the other one being G4). In addition to LG, Chinese phone maker Huawei is immersed in making a Nexus device, and thanks to an earlier report, the smartphone is expected to carry a Snapdragon 820 instead of a Kirin SoC.

Coming back to latest benchmarking report from Geekbench, the score obtained from the device sporting the model name LGE LG-F00L is as follows: 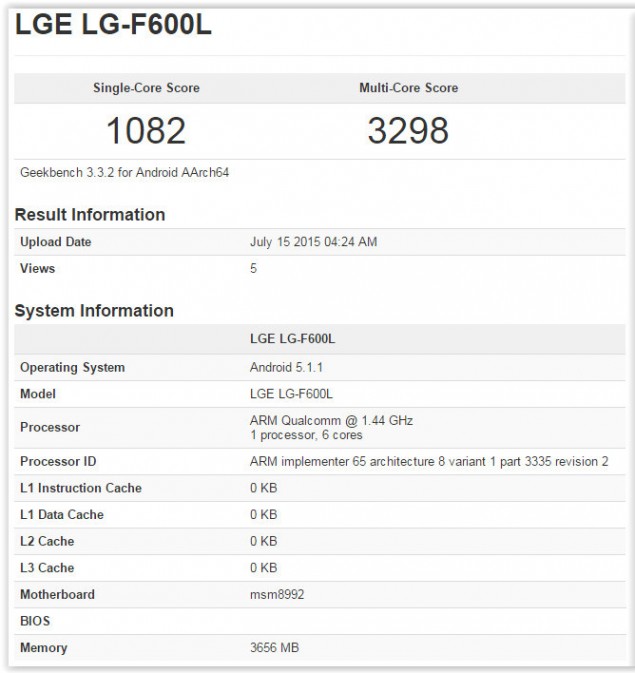 The interesting thing to note here is that the model number LGE LG-F600L is consistent with that of G4's F500L model number. Perhaps it has to do with the chipset present inside both devices. However, one primary difference separating this device and G4 is that this one features 4 GB of RAM. Having said this, it is possible that we might be looking at the very next LG Nexus.

One reason why believe this is the upcoming LG Nexus is because LG did not place a Snapdragon 810 in its flagship offering, and the reason for that is quite obvious. Having resorted to a Snapdragon 808, we cannot see why the South Korean would not replicate its actions by incorporating the same SoC inside its upcoming Nexus smartphone. Unfortunately, that is all the information that we have at this current point.

With every leak, we continue to come on step closer to figuring out the specifications of LG Nexus. Stay tuned for more details.