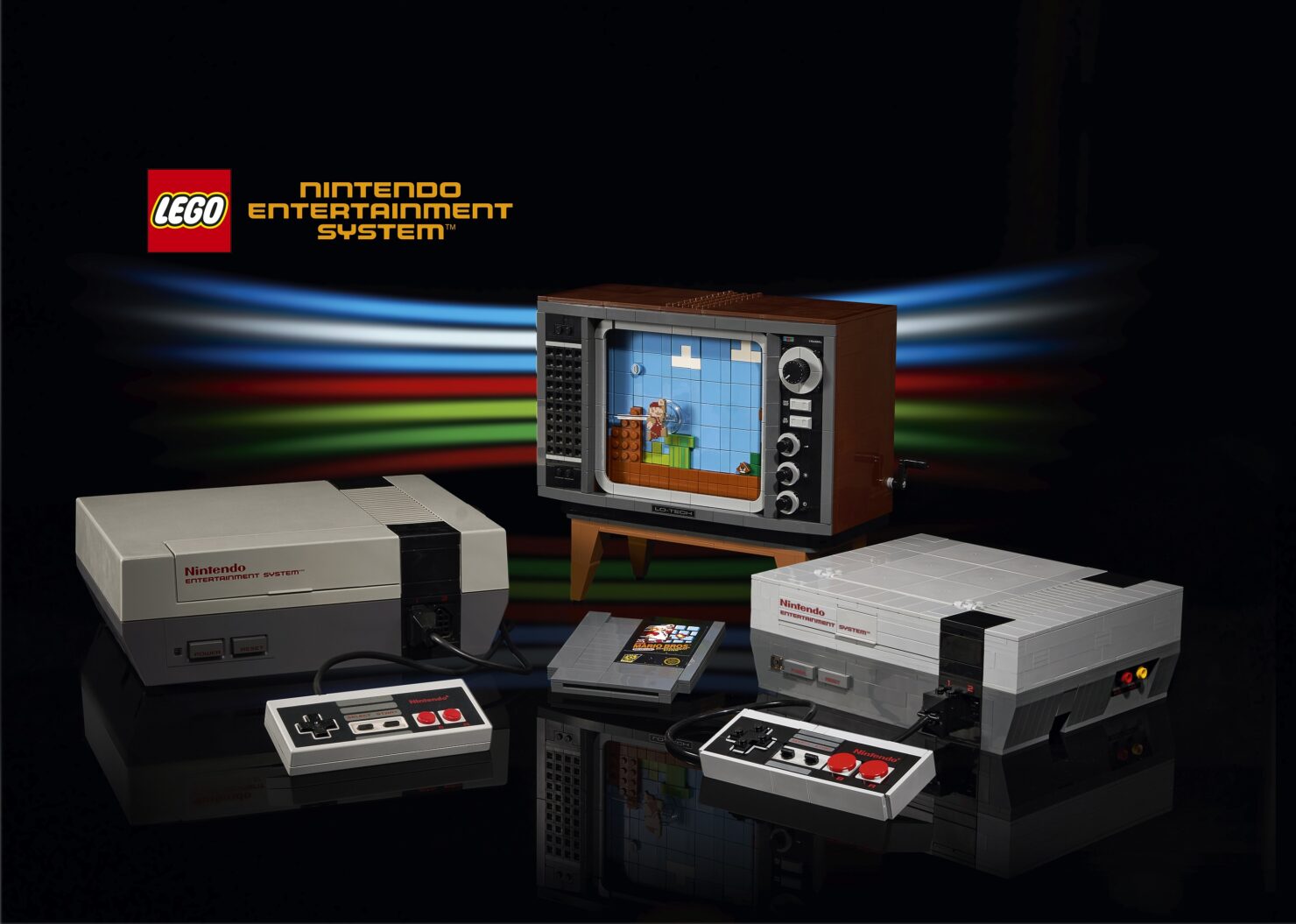 There's a significant overlapping of Nintendo fans and LEGO builders and the two have rarely been able to overlap with licensed LEGO sets before. Since the LEGO Super Mario set was first revealed, fans have been wondering if there will be a construction set that puts those smaller LEGO bricks to use. Rejoice, as LEGO and Nintendo's latest partnership have come together to create a fully buildable NES console and television to proudly display in the living room.

The LEGO Nintendo Entertainment System is a pretty intriguing concept for a LEGO design. Rather than building a static piece, builders will assemble not only a mini Super Mario Bros. cartridge that fits into a handbuilt NES console but the television the unit is attached to is probably the most interesting LEGO set I've seen in a long time. Players will build a moving panorama of Stage 1-1 that moves by hand with a rotating crank built into the side of the retro television. If you own the LEGO Super Mario starter kit, you can place the figurine on top of the television who will then play sound effects in time with the action on screen.

So, how much will the LEGO Nintendo Entertainment System set back future builders? According to the listing on LEGO.com, the upcoming brick set will run $229.99, costing more than the NES Deluxe Set cost ($179.99) that launched with R.O.B. and a number of games in the late 80's. The price has jumped around since the listing first went up this morning, first at $199 then $299 before finally setting at the current price of $229. Piece wise, this is going to be a pretty hefty set to build, clocking in at 2,646 pieces in total. If you're interested in picking up the LEGO Super Mario figurine, he will be available separately in the Adventures With Mario Starter Course that will cost $59.99 at launch.

The LEGO Nintendo Entertainment System will be available exclusively from LEGO retail stores and LEGO.com beginning August 1st with a rollout to other retailers in 2021.