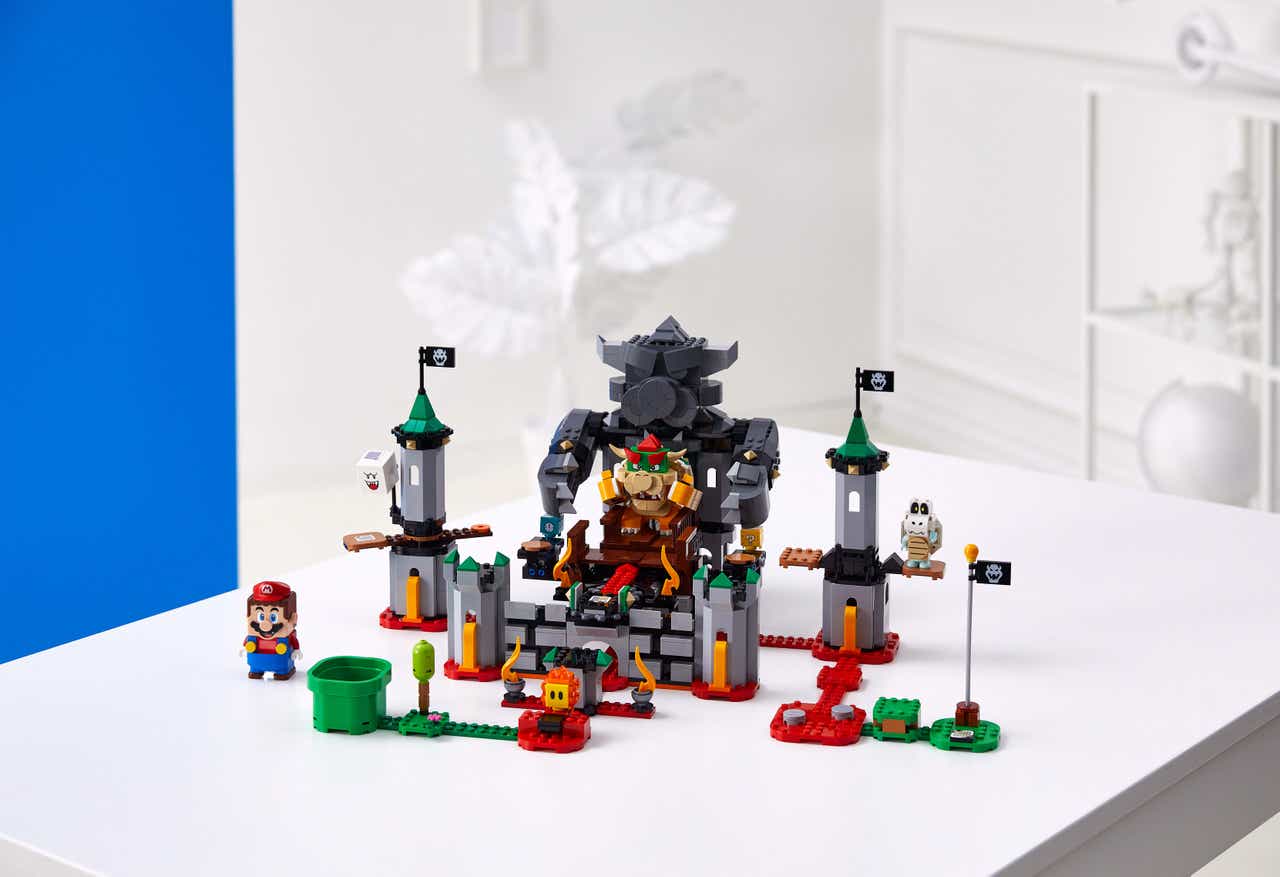 Nintendo and The LEGO Group's major collaboration for LEGO Super Mario finally received some news today for the full lineup of courses and expansions available at launch. While your kids will surely be ecstatic about the new playsets, your wallet might cry at the sticker price.

The partnership was announced earlier this year, and in April the fun-packed Adventures with Mario Starter Course was revealed alongside two Expansion Sets. The Starter Course is key to unlocking the entire play, being the only set to feature the interactive LEGO® Mario™ figure that collects coins in game levels created with LEGO bricks. LEGO Super Mario brings new interactivity and gameplay to the traditional LEGO brick experience.

Also announced today are ten collectible enemy characters that are available in blind bag Character Packs, adding that extra level of excitement. Each pack will contain a buildable character and action tag to play with – it could be a Paragoomba, Fuzzy, Spiny, Buzzy Beetle, Bullet Bill, Bob-omb, Eep Cheep, Blooper, Urchin or Peepa!

Every Expansion Set and collectible Character is made to be used with the Adventures with Mario Starter Course, for an enhanced play experience. The entry point set features seven action bricks for different interactions with the LEGO Mario figure, which has LCD screens in its eyes, mouth and belly to display instant reactions to movement, color and action bricks. In May, the LEGO Group and Nintendo also announced a series of Power-Up Packs – including Cat Mario and Builder Mario – to help boost gameplay with a variety of suits for LEGO Mario that each reveal new features and powers.

The LEGO Super Mario Starter Course will launch with 231 pieces and can be enhanced with the use of a LEGO Super Mario app for tablets and smartphones. While all of the playsets come with a guaranteed number of pieces, it's the blind bag Character Packs and retailer-specific expansions that could prove to be troublesome for collectors. LEGO is no stranger to blind bag figures but with ten different ones to collect, that's going to be a lot of RNG to get the full set on the first try. Below is a full list of what will be available at launch.

The LEGO Super Mario playsets will launch on August 1st with select retailers already taking preorders including LEGO.com. For collectors that want to purchase the entire LEGO Super Mario lineup at MSRP and have perfect luck pulling each of the ten blind bag mini figures on the first try, the total cost of the launch set will cost $589.75, plus any applicable taxes and fees.