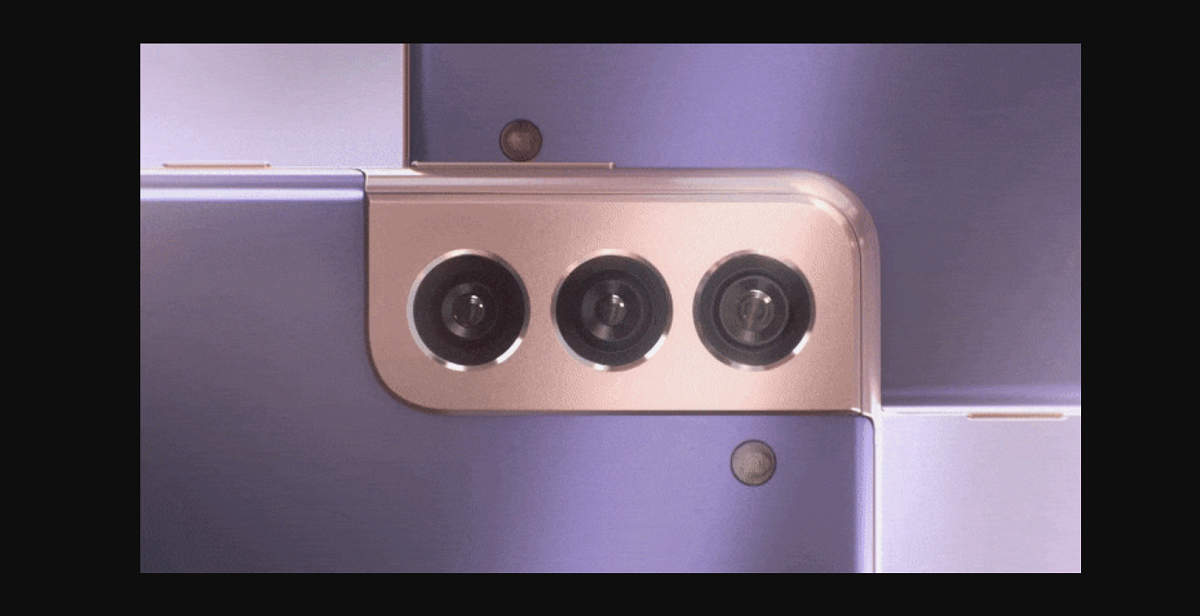 Samsung is gearing up to launch its upcoming flagship for 2021 and we are getting some pretty good looks of the handset. The alleged Galaxy S201+ just got leaked in a hands-on video in which it was being compared to Apple's latest and greatest iPhone 12 Pro. The leaker demonstrated several aspects of the device. This is not the first time that we're seeing a Galaxy S21 leak, we did cover another hands-in video a few weeks earlier as well. However, it would be great to see how the Galaxy S21+ compares against the new iPhone 12 Pro.

On the first look, we can see that the back of the Samsung Galaxy S21+ is made up of a plastic-like material. The iPhone 12 Pro, on the other hand, features a matte glass. While the Galaxy smartphone does feature a triple camera setup, it is arranged in a vertical manner while on the iPhone, the cameras are arranged in a triangular form. In terms of size. both smartphones feature more or less the same cutout size. However, the final pixel count and the sensor size is unknown at this point in time. 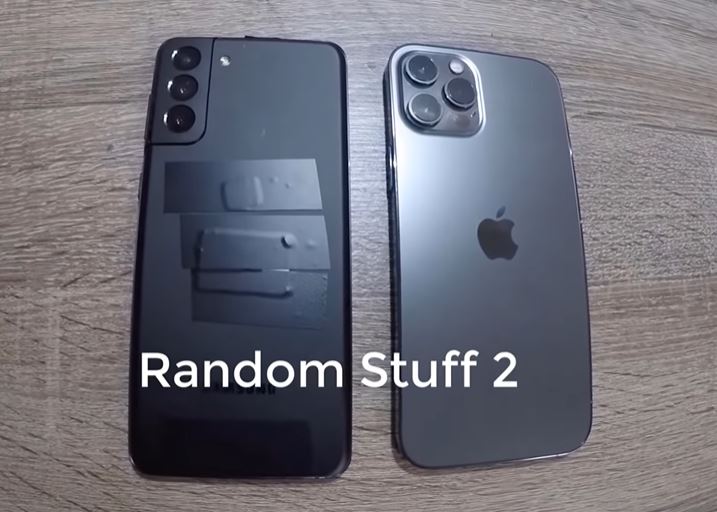 On the front is where things get interesting for Galaxy fans. The bezels on the Galaxy S21+ seems to have decreased. However, the hole-punch is still situated in the middle of the top portion of the display. This is similar to what we have seen on the current Galaxy S20 series. The iPhone 12 Pro, on the other hand, does not feature a hole-punch camera and instead, Apple opted for a notch that houses all the necessary sensors for Face ID.

Another major point of the differential is the chip that is powering the device. Samsung's Galaxy S21+ will make use of Qualcomm's Snapdragon 888 which is also said to be powering the upcoming OnePlus 9. However, another variant of the device will also equip its Exynos 2100 processors. depending on what regions it is being launched in. Apple's iPhone 12 Pro is powered by the new A14 series which has received pretty good feedback in terms of performance.

The leaked video of the Galaxy S21+ also shares how the camera performs but it is very hard to judge based on the given details. The iPhone 12 Pro features improved cameras from last year and it would be great to see how Samsung's upcoming flagship performs against it. While Samsung threw a jab at Apple for not including a power adapter in the box, recent reports have revealed that Samsung might be on the same route as well. Henceforth, it wouldn't be wrong to expect Samsung not to ship a power adapter in the box. Also, check out the previous hands-on leaked video of the Galaxy S21+ for better insights on the design of the handset.

We will share more details on the Galaxy S21+, so be sure to stay tuned in, Also, how do you like the camera placement on the device? Let us know in the comments.