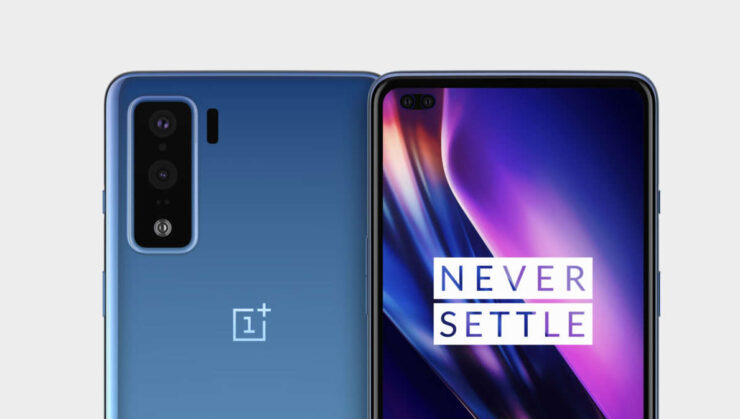 The OnePlus 8T is still fresh to the ears but the company doesn't seem to rest when it comes to introducing the next heir. Seemingly, one of the first OnePlus 9 leaks have emerged yet again, showing the device from almost all sides. The leaked images show the device's camera and some other details that confirm what will be powering the handset. On the first look, we can see how the overall layout of the OnePlus 9 resembles that of the Galaxy Note 20 Ultra.

OnePlus 9 Leak Confirms Design and Key Specifications of the Device, Will Feature a Flat Display

The leak was uncovered by PhoneArena as photos of the OnePlus 9 were sent to them from all angles. The images include those from the Inware app that confirms the use of Snapdragon 888 which will be powering the handset. As to begin with, the OnePlus 9 will be powered by the Snapdragon 888 which is confirmed in the app associated with the codename "Lahaina" showing as the OnePlus 9. While it was expected, it's great to see the company sticking to one of the most powerful mobile chipsets.

Apart from the internal specifications of the device, the OnePlus 9 leak also confirms other key details pertaining to the external hardware and design. The back of the phone resembles the OnePlus 8T with curved glass and the round big camera cutouts. The huge camera cutouts might be put in place to match that of the iPhone and the Galaxy Note 20 Ultra. Check out the OnePlus 9 leaked images below for more clear insight.

On the front, the OnePlus 9 leak shows a flat display with a hole-punch on the left much like its predecessor. The display probably holds the resolution 2400x1080 and it is a flat FHD OLED panel. It will support HDR as well as a 120Hz refresh rate. The previous leak of the OnePlus 9 showed a similar design as well.

More external details of the OnePlus 9 leak shows a USB-C port on the bottom situated alongside the SIM card tray, speaker, and microphone. While the phone lacks an IP rating, the SIM card tray does feature a rubber gasket for better water resistance. The side of the frame features a power button and the alert slider while the other side features the volume buttons.

Have a good look at what we can expect from the OnePlus 9. However, take it with a grain of salt as the final word rests with the company itself. We will share more details on the device as soon as it arrives, so be sure to stick around. Also, let us know how you like the design of the OnePlus 9?