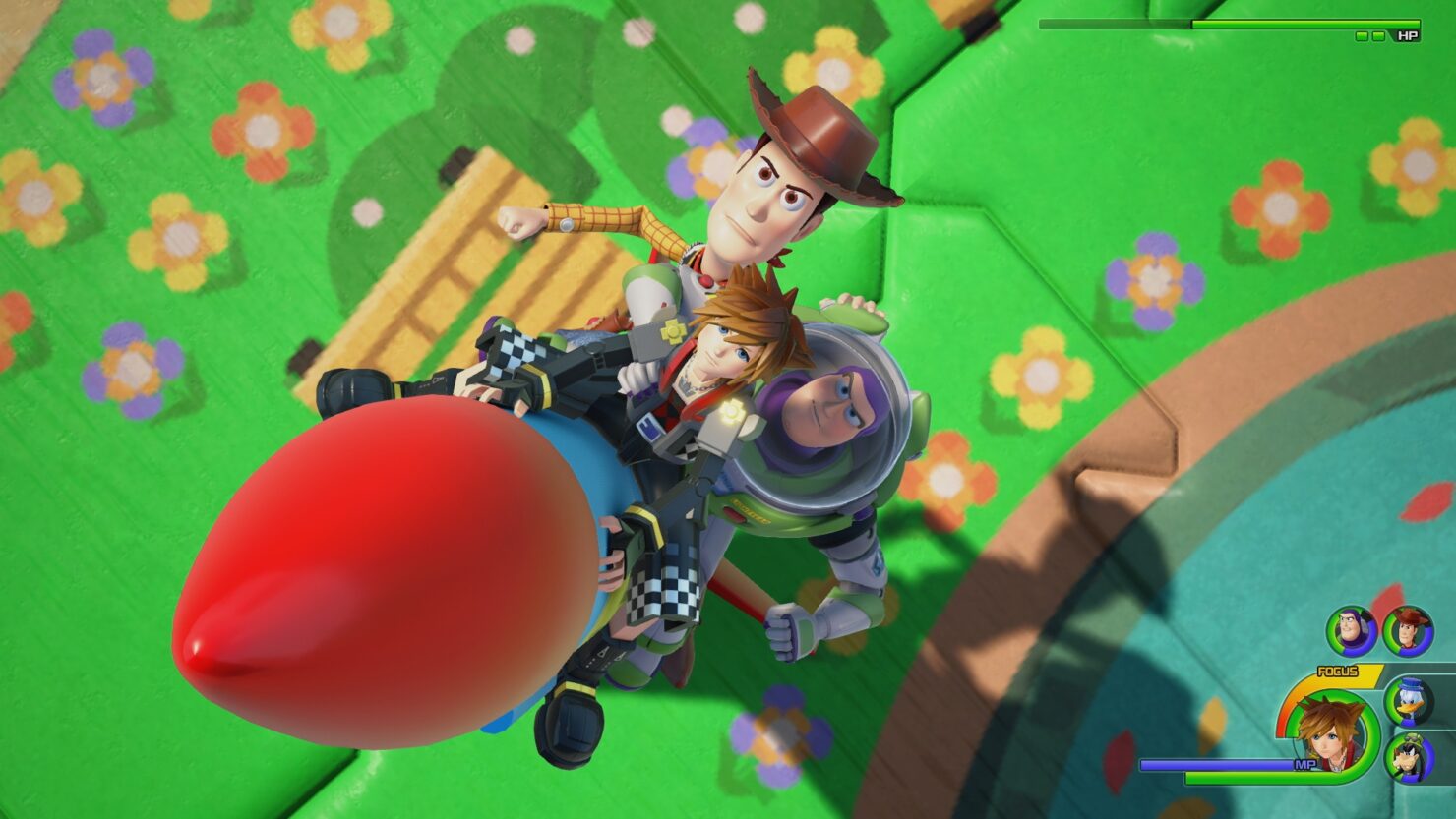 The new screenshots, which can be found below, showcase the recently shown Monster, Inc. world as well as the Toy Story world and more.

Kingdom Hearts III has been in development for quite some time, but there still a lot we don't know about the game. Last year, Tetsuya Nomura himself touched upon some of the development issues as well as design choices and more.

Kingdom Hearts 3 is going to be our first full HD game in our current console generation. It does involve a lot of bandwidth and resources in order to create in full HD, so our directive was to have as many elements [as possible] of gameplay included in one single world, rather than having multiple different little worlds with few elements. We wanted to pack in as many gameplay elements and fun into a single world.

If we are able to accomplish everything that we did plan out for, I’m pretty confident that people will enjoy and be fully satisfied with the end product.

Kingdom Hearts III launches on a yet to be confirmed release date on PC, PlayStation 4 and Xbox One. We will keep you updated on the game as soon as more come in on it, so stay tuned for all the latest news.