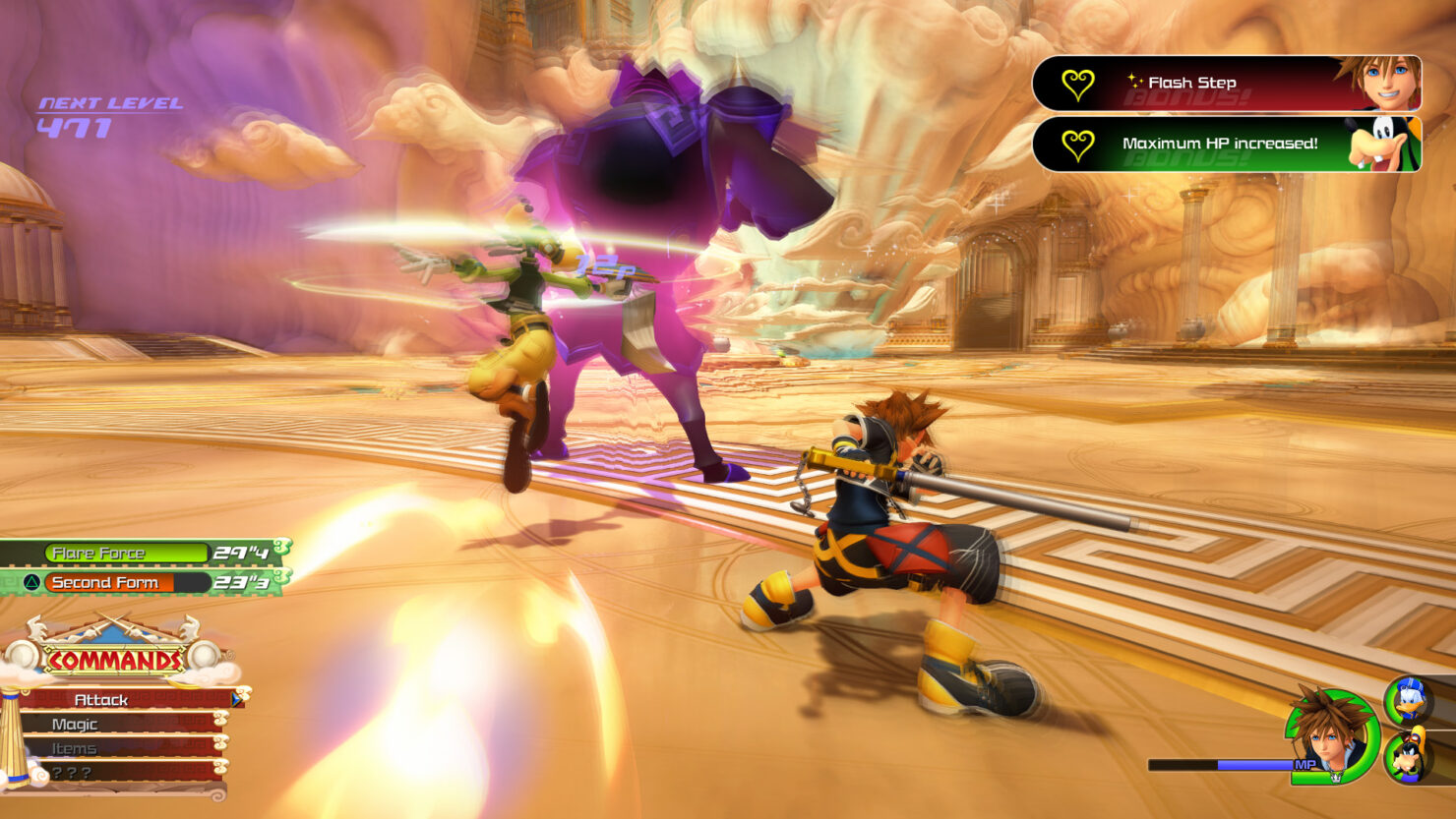 A new Kingdom Hearts III mod that has been released online a few hours ago introduces a small, but very welcome gameplay tweak that improves the experience considerably.

Abilities that unlock in the post-game are now given to you throughout the main story, giving a greater sense of progression and making combat feel smoother early on. This mod also gives you some of the ReMind scenario's MP levels early, so you have more Magic to work with. It works out to +15 MP (or +7MP for Critical Mode) by Arendelle, but you'll have the same Max MP as usual by the end of the ReMind scenario. For those who want just the ability progression but no adjustments to MP, there is an alternate version you can download.

Kingdom Hearts III is now available on PC, alongside other entries in the series, via the Epic Games Store.

Sora is joined by Donald Duck and Goofy, two emissaries sent by King Mickey from Disney Castle, to stop an evil force known as the Heartless from invading and overtaking the universe. Through the power of positivity and friendship, Sora, Donald and Goofy unite with iconic Disney-Pixar characters old and new to prevail tremendous challenges and persevere against the darkness threatening their worlds.
Also includes Re Mind - the other tale that unfolded during the climax of KINGDOM HEARTS III. In this additional chapter, Sora travels to the Keyblade Graveyard determined to rescue Kairi and discovers truths that he never before imagined.