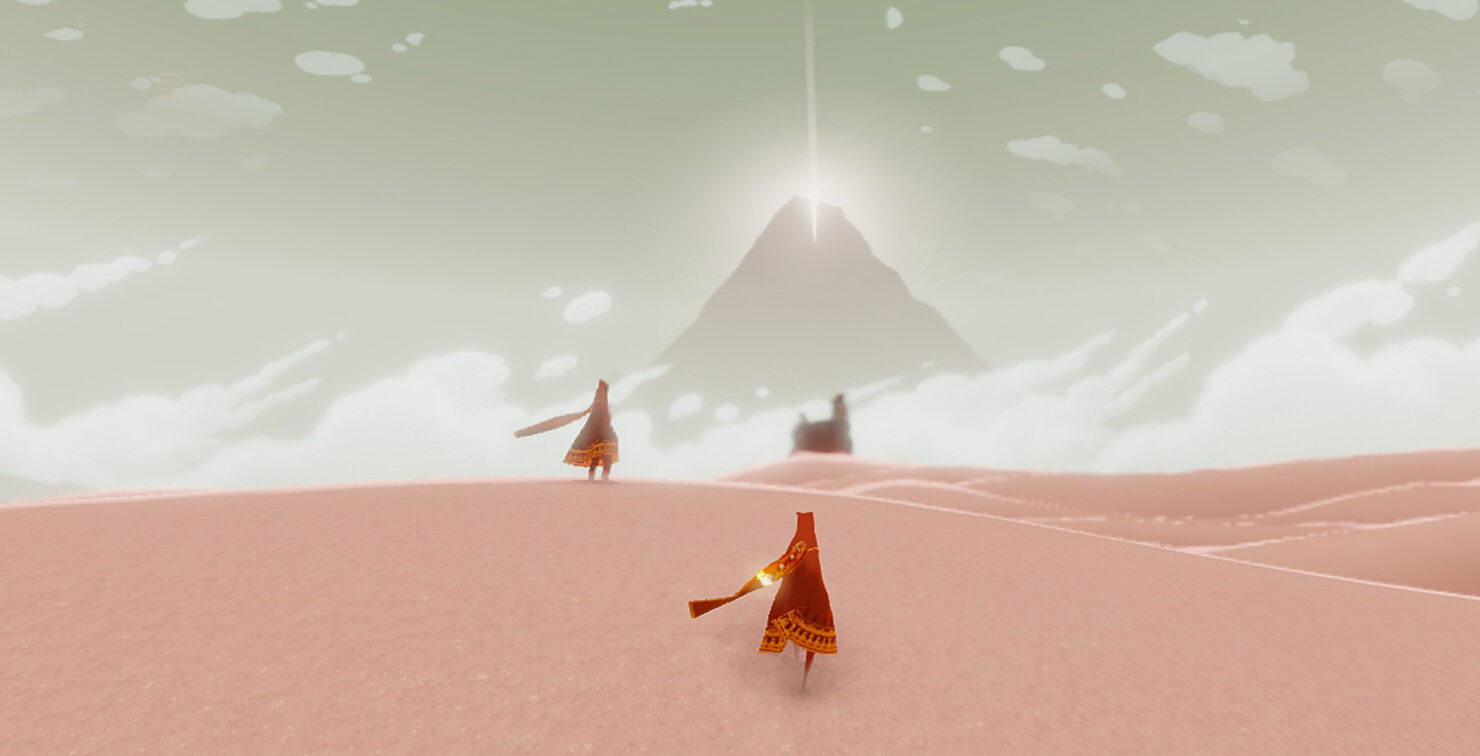 Journey—the 2012 PlayStation 3 game— is now available to download on iOS. It brings the complete experience to mobile and a portable device. In Journey, players navigate through the desiccated remains of an ancient and long lost civilization as they make their way, often joyfully gliding across dunes, toward a mountaintop in the distance. This is the fourth port for the game following the PlayStation 4 and PC release. Annapurna Interactive has published the non-PlayStation platform releases while Sony published the PS4 and PS3 versions.

Explore the ancient, mysterious world of Journey as you soar above ruins and glide across sands to discover its secrets. Play alone or in the company of a fellow traveler and explore its vast world together. Featuring stunning visuals and a Grammy-nominated musical score, Journey delivers a breathtaking experience like no other. Game Center required for online matchmaking.

Journey is the second game from Thatgamecompany to make its way to iOS. Last month, the studio released Sky: Children of the Light to on iOS. Much like Journey, Sky also gets players to navigating a minimalist world as they solve puzzles, encounter other players and unravel the mysteries of the game’s world. It even includes the matchmaking that plays a huge role in the game. Matchmaking is available through Game Center. iPhone and iPad owners can download the game from the App Store for $6.99. Thankfully, the game is free from microtransactions and ads. It is available in select regions only, and a wider release will follow soon. Journey is very likely an iOS exclusive and won't make its way to the Play Store.

Journey Climbs Back To The Top Of PSN Store

Your “Journey” of a Thousand Steps Begins On March 13th

Journey being developed for the PlayStation Network