Sky: Children of the Light Is Now Available on iOS 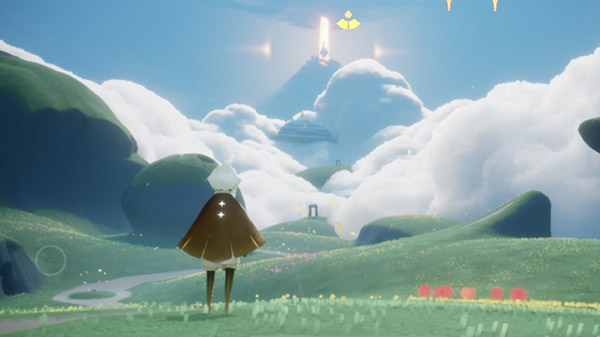 U.S-based indie developer Thatgamecompany just released their critically acclaimed title Sky: Children of the Light on iOS. The game was first unveiled at Apple's September 2017 press event, when it was used to demonstrate the power of the Apple TV 4K. It was released in some markets in December that year as Sky: Light Awaits. However, Thatgamecompany later announced  July 11 as a global launch date which was then pushed to July 18.

The game involves players becoming one of the namesake children who then proceed to explore seven realms as they work to solve puzzles and return fallen stars to their constellations. Later expansions will include new realms and seasonal events. The title is leveraged around the idea that people will run into each other in the world and team up for exploration, saving spirits, and finding treasure.

- Soar and explore 7 dreamlike realms to uncover the mystery

- Encounter and socialize with like-minded players from around the world

- Team up with others to adventure into darker realms, save spirits and uncover ancient treasures

- Gift candles of light to share appreciation and grow friendships

- Enjoy a unique musical experience and create harmonies together

- Join an ever-expanding world with new upcoming attractions, including seasonal events and expansion of realms

Sky: Children of the Light is free to download, but does have a selection of in-app purchases ranging from $0.99 for “bundle 1” or $9.99 for a season pass all the way up to $49.99 for “bundle 50”. You can grab the game using from the App Store using this link. There is no word of an Android release just yet and considering that the game was showcased at an Apple event, the chances of that happening appear to be nil.