Evolution Studios’ Driveclub was claimed to be the most visually impressive PlayStation 4 exclusive racing video game before its release, and if we keep aside the game’s rough launch and technical issues, it is in fact the most graphically advanced racer of this generation so far. The developer has been busy in recent months fixing the game and updating it with new graphical enhancements. If you are done reading about game’s network bugs and other issues, you should check out the gallery below containing a ton of jaw-dropping direct-feed 1080p screenshots that have been taken using the game’s advanced photo mode. 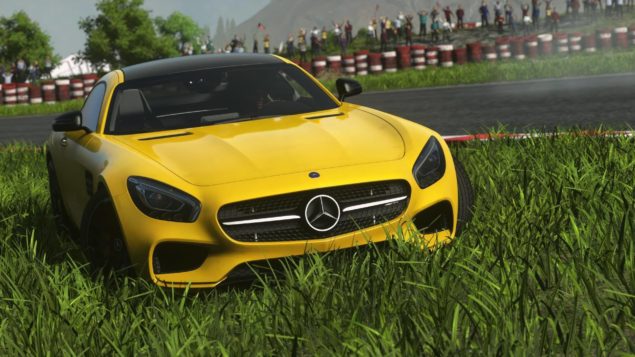 Driveclub has had its fair share of criticism due to the launch issues that cloaked the game’s advanced next-gen visuals, but now that the dust has settled down and Evolution Studios has rolled out the dynamic whether update that pushes the gameplay experience a step ahead, the first-ever PlayStation 4 exclusive racer has started to shine. There are tons of in-game screenshots on the internet taken from the game’s advanced photo mode, and each one of those screenshots show breathtaking visuals.

Over the past month, Evolution Studios has been picking up some of the best Driveclub screenshots captured by the community using the game’s photo mode, and sharing them on the game’s official Facebook page. Everything from the in-game environments to the anti-aliasing and the tiniest droplet of rain is perfect and shows the attention and love that the developer has poured into this game. While most of the credit goes to those who took such extremely beautiful in-game screenshots, Driveclub’s surely is the best game of this generation so far graphics wise.

You can check out the entire gallery of more than a hundred best Driveclub screenshots below. The photo mode used to capture these screenshots takes away a little from anti-aliasing and shadows, yet still, the in-game lighting and shaders make the game look beautiful as anything. The droplets of rain crawling down the hood and the ambient light and level of detail added to the game by Evolution Studios convinces you that Driveclub is the best looking racer ever released on the PlayStation 4.

Without further ado, you can check out all the jaw-dropping screenshots for yourself below. Note that you can click on the title of each screenshot to view it in full resolution.