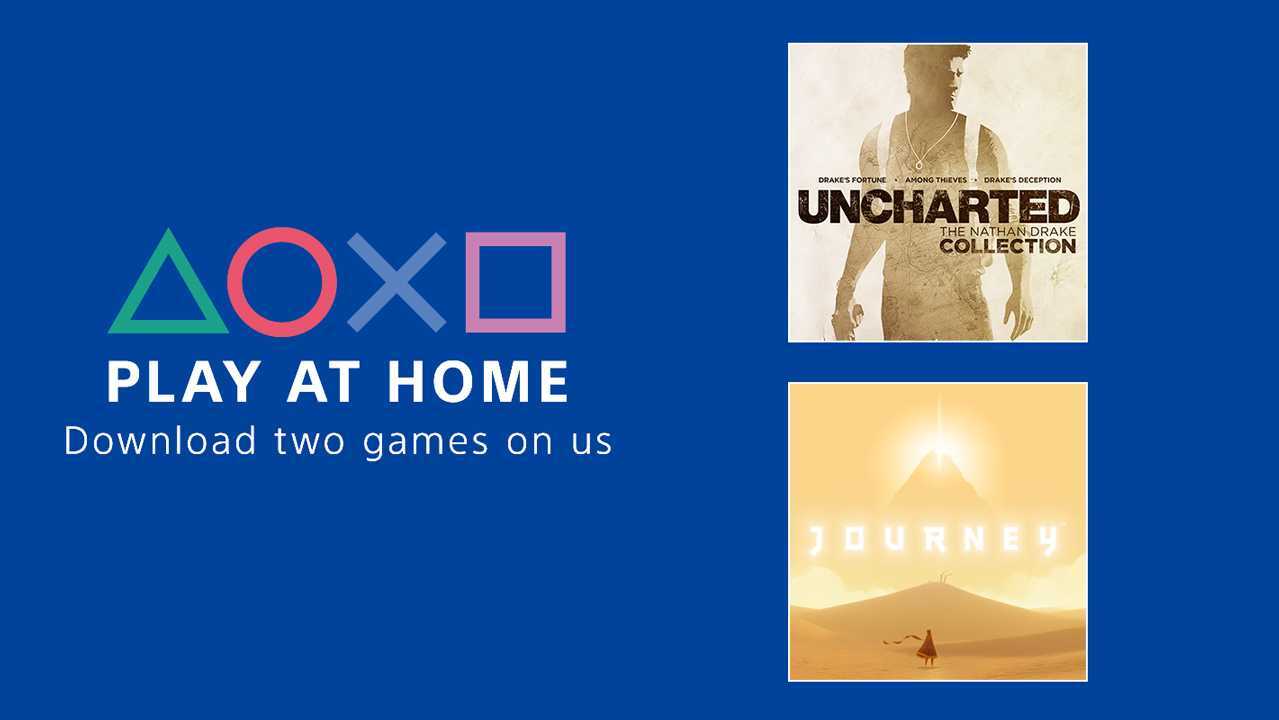 The COVID-19 related initiative has a two-pronged approach. The first part of Play at Home is about keeping PlayStation fans entertained while they're forced to stay at home. As such, Sony is making Naughty Dog's Uncharted: The Nathan Drake Collection and Thatgamecompany's Journey available for free on PlayStation 4, starting tomorrow at 8 PM Pacific Time and ending on May 5th, 2020 at the same time. For some reason, though, Germany and China are getting Knack 2 in place of Uncharted: The Nathan Drake Collection.

The games offered aren't exactly new (both were re-released on PlayStation 4 in 2015 after launching on PlayStation 3), but at least they're widely acclaimed. The Uncharted remastered trilogy, currently priced $19.99 on the PlayStation Store, is a great entry point for Nathan Drake's Indiana Jones-inspired adventures; with Uncharted 4: A Thief's End now available as part of the PlayStation Plus subscription, franchise newcomers will get to experience all of Nathan Drake's tale free of charge.

Journey needs no introduction, either, having been praised far and wide as a stunningly beautiful and unforgettable experience. After a long PlayStation exclusivity, Journey (now priced $14.99 on the PlayStation Store) launched on Windows PC as a timed Epic Games store exclusive in June 2019 and then on Apple's iOS in August 2019. Just yesterday, Journey's Steam release date was confirmed to be June 11th.

Perhaps more important than a couple of free games is that the second part of Play at Home includes a substantial ($10 million) relief fund to help Sony's independent development partners get through these hardships caused by the COVID-19 pandemic. Additional information on the fund, including criteria for participation, will be released at a later time.

Grab a PS4 Console for $350 with $50 Gift Card and Uncharted: The Nathan Drake Collection or The Last of Us Remastered