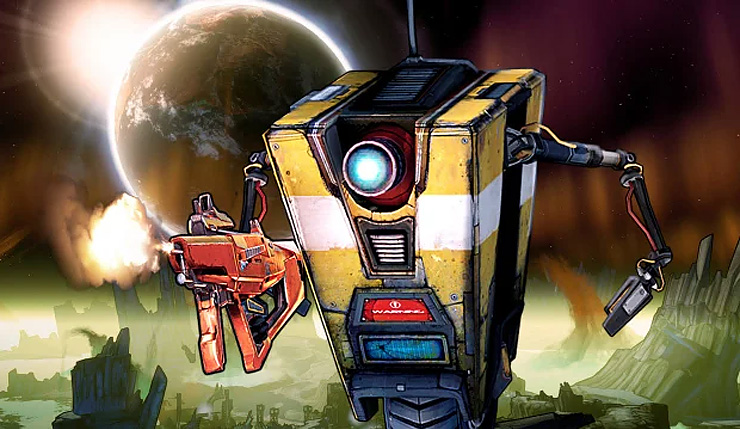 The Borderlands movie castings continue, and this one may be the most surprising yet. Funnyman Jack Black is set to play the sarcastic robot Claptrap, confirmed today via Deadline. He'll be joining a variety of stars, like Kevin Hart, Jamie Lee Curtis, and Cate Blanchett.

The movie is being directed by Eli Roth, typically known for his horror work, but who's shined in comedic roles in the past.

“I am so excited to reunite with Jack, this time in the recording booth,” he told The Hollywood Reporter. “Claptrap is the funniest character in the game, and Jack is perfect to bring him to the big screen.”

Claptrap is more than a smart-aleck, he's also a major character in the game. He acts as something of a snarky guide for the character when the original Borderlands starts up, and he's always there to be counted on for a few laughs, especially when he starts "dancing."

With Jack Black joining the cast as Claptrap, there's another possible casting that would make total sense if it happened: adding The Rock. With Kevin Hart on board, it would end up being a total Jumanji reunion, given that the trio just starred in two of those movies. Right now, we only know that Jamie Lee Curtis is playing Dr. Tannis, Cate Blanchett is playing Lilith, and Kevin Hart is playing the soldier Roland.

This could be a wild turn for the Borderlands movie, as we puzzle over who might start filling the rest of the cast out. For instance, who might get to play Handsome Jack? Our money is on Ryan Reynolds at this point, especially since this movie seems to be getting something of a "who's who" of the industry.