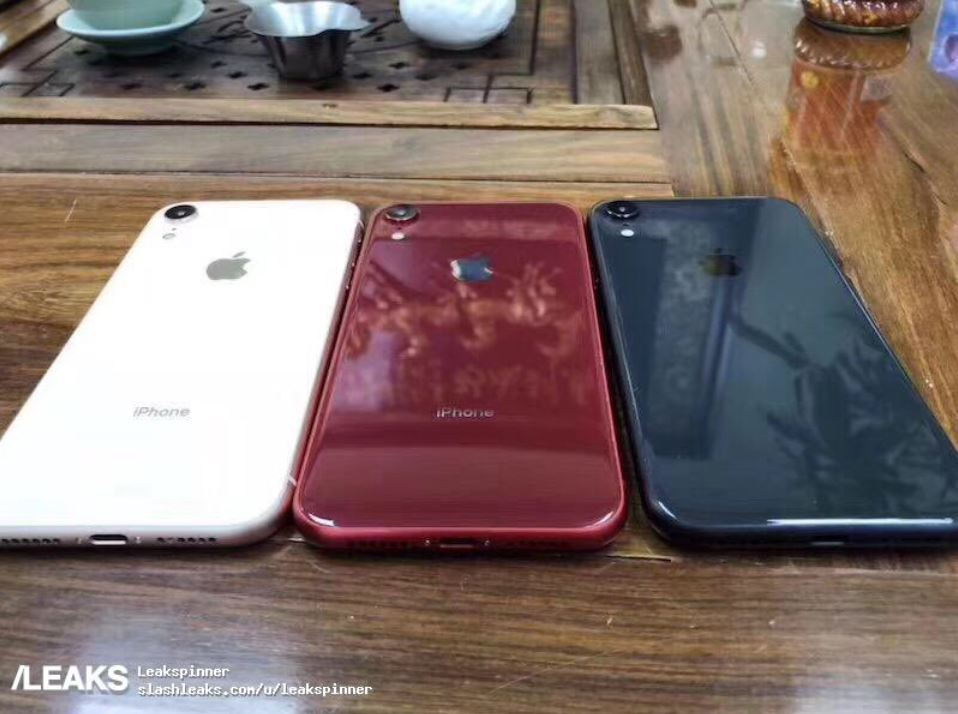 Yesterday China Mobile presentation slide was leaked which revealed that the upcoming 6.1-inch LCD iPhone will be called 'iPhone XC' while the bigger 6.5-inch variant will be called 'iPhone XS Plus'. Now, we have more details on the LCD variant of the soon to be announced LCD iPhone. 6.1-inch LCD iPhone XC leaked prototype images claim to show new color options as well as dual-SIM support. So let's dive in to see some more details on the matter.

The leaked imaged were shared by Ben Geskin which shows the 6.1-inch iPhone in four different color options: Space Gray, White, Rose Gold, and Red. If we're splitting hairs, the devices feature the same design as the current iPhone models with glass back. We have previously discovered that the upcoming LCD iPhone will be available to users in a handful of colors.

We can also see a red colored iPhone in the leaked images which catches our attention. In the past, Apple has used the red color as part of its PRODUCT (RED) campaign. However, if the leak is legit, then we will possibly see a red color option from day one.

Guys... this is not clones or dummy models.. this is a real deal ? Prototypes https://t.co/B8KESnTjx2

Apart from the color options, we can also see that the LCD iPhone will feature an aluminum frame instead of stainless steel which is found on the high-end iPhone X. Other details suggest the device will house a single lens camera set up at the back.

One of the leaked images also points to dual-SIM support. This is not the first time that we're hearing about a dual-SIM variant of the iPhone. Moreover, a report also suggested that 2018 could be the year Apple finally incorporates dual-SIm support in its iPhone. However, dual-SIm will not come as a standard feature but will be exclusive to certain markets. Check the leaked images out.

Lastly, we would advise you to take the leak with a pinch of salt as the final decision rests with Apple. Ben Geskin initially shared the images suggesting that they were dummy units. Since there is a boatload of dummy units floating around, probably these could be part of them as well. However, Geskin did point out that these images are in fact the "real deal" and reveals the iPhone XC.

Apple is set to host the Gather Round event at the Steve Jobs Theatre on September 12, so we will know the credibility of these images on the launch day. There will be more to the story, so be sure to stay tuned in for more details. This is all for now, folks. What are your thoughts on the leaked prototype images of the iPhone XC? Share your views in the comments.