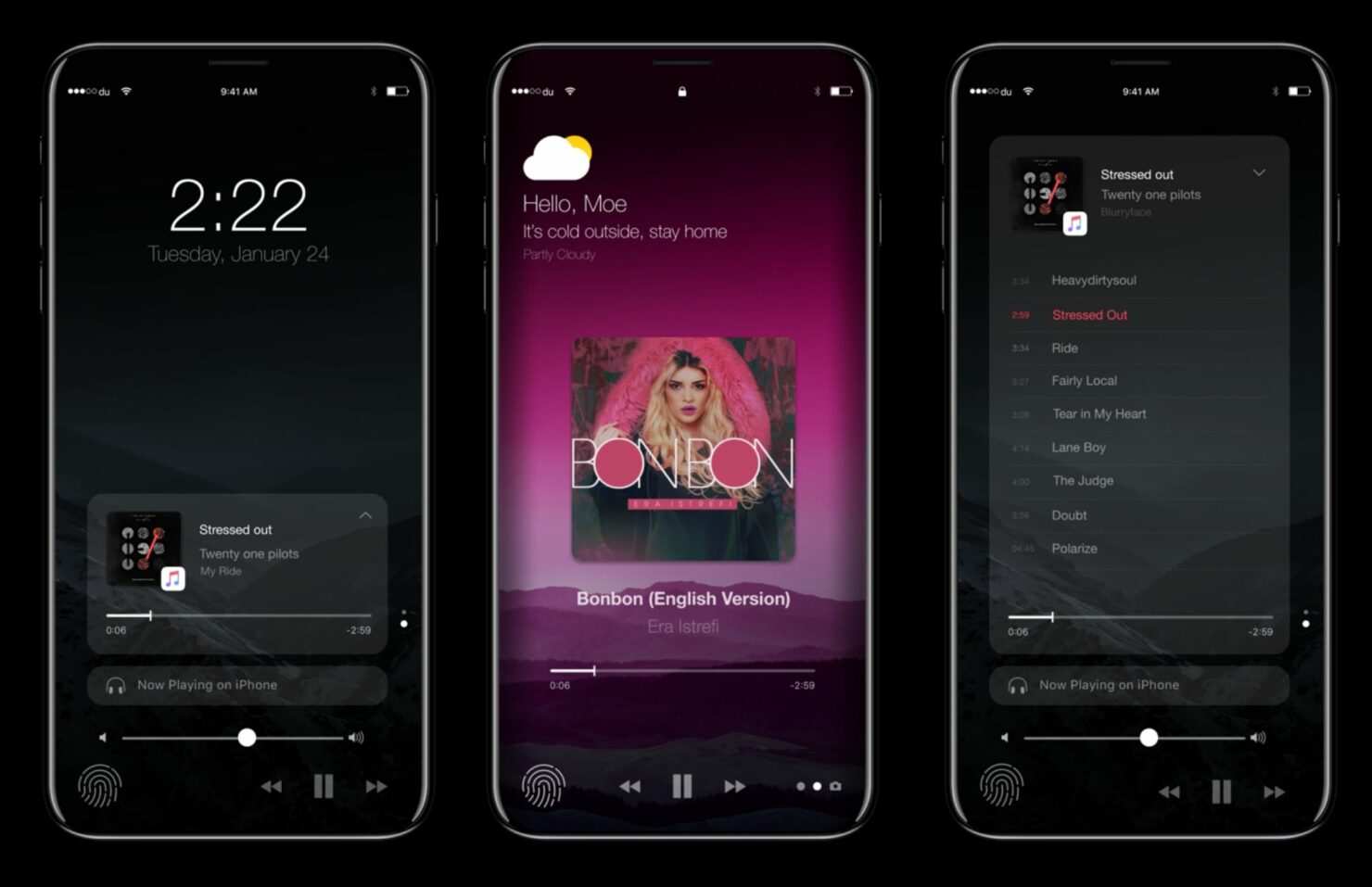 Another day, another iPhone 8 leak. Taking a look at the amount of information which has surfaced on the smartphone so far, we're not sure if any feature is left that won't make it on the device. It's a well known fact that both apple and Samsung will remove physical buttons from the front of their flagships this year. Now, looks like Apple's ready to take things to another level. If you think that the extra space from the home button's removal on the iPhone 8 will be left for screen estate, you're wrong. Apple's got some other plans according to the latest. Take a look below to find out more.

KGI securities has been very active lately. It's famed analyst, Ming Chi Kuo is making a lot of predictions. The gods of the rumor mill are eager to build as much hype as they can around the iPhone 8. Today, another report related to the device, by Kuo, has surfaced. Apple's known to test its features on devices before making a full launch. The iPad Pro 9.7 inch tested the DCI-P3 and now the latest MacBook Pro might serve a similar function.

The space freed up at the bottom of the iPhone 8 courtesy of the home button's removal will be replaced by a Function Area. This will consist of a set of always on, static system controls. Whether they'll be adjustable, like on the MacBook Pro, isn't clear as of now. In addition, Kuo also believes that fingerprint recognition, virtual or physical, will not make it on the iPhone 8.

Earlier reports from the analyst have claimed that Apple will introduce virtual fingerprint recognition for the iPhone 8. Now, sources speculate that the device will feature advanced user detection capabilities along the lines of facial/3D recognition, along the lines of VR uses. If you ask us, that sounds a bit far fetched and will be too big of a change, requiring significant inputs from the end user. Apple's always been about user facilitation and one great thing about Touch ID is 'tap & unlock'.

Kuo also speculates on a potential price tag for the iPhone 8. It'll be expensive folks, even by Apple's standards. In fact, with its estimated price tag, you might be better off by simply adding a couple of hundred bucks and buying yourself a MacBook Pro instead. According to the latest by Kuo, the iPhone 8 will cost north of $1000. The iPhone 8 will be an expensive device to manufacturer and Apple will transfer the brunt of the cost to the end user. As they say, money talks. Thoughts? Let us know what you think in the comments section below and stay tuned for the latest.