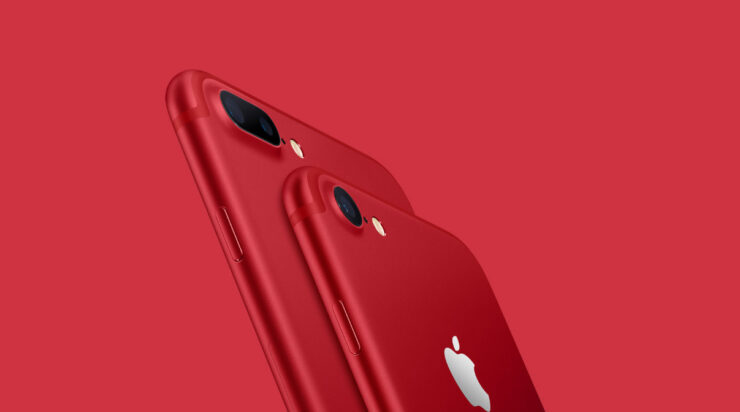 Just like last year, we might be introduced to the (PRODUCT)RED versions of the iPhone 8 and iPhone 8 Plus, according to a leaked memo that details the announcement is going to be taking place tomorrow. Lots of owners who might not have wanted to pick up any one of these devices thanks to their lackluster finishes might finally be encouraged to purchase one now.

iPhone 8 & iPhone 8 Plus (PRODUCT)RED Versions Were Only Detailed in the Memo, So no New iPhone X Color Model Might Be Seen

A leaked Virgin Mobile memo was obtained by MacRumors, which detailed the announcement of just the iPhone 8 and iPhone 8 Plus in brand new color models. If you were waiting for the iPhone X to arrive in a new finish, then you will be disappointed because there was no such information mentioned in this memo.

However, before your hopes are shattered completely, there have been a lot of rumors regarding the new iPhone X color variant, and it is believed that Apple could be considering to launch a PRODUCT(RED) version, while others stated that a golden finish was in the works. Currently, the iPhone X is only available in two colors: Space Gray and Silver, and to be fair, not everyone has a thing for a monochrome combination and a new color can certainly spice things up and lure more customers into buying such models.

Do keep in mind that if the iPhone 8 and iPhone 8 Plus are launched in the PRODUCT(RED) models, it is not going to be just for attracting a newer branch of customers, but also for a good cause. This is because it aims to fight HIV/AIDS that are rampant in certain countries and a portion of the proceeds go to actually battling for a better future.

Let us see if there is going to be a press release introduced tomorrow detailing the new iPhone 8 and iPhone 8 Plus models, so we’ll be here to detail all the necessary info to you.