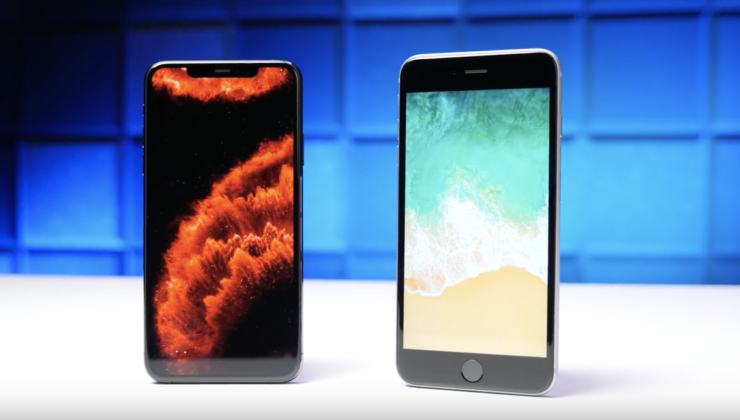 iPhone 11 Pro and iPhone 6s go ahead to head in a speed test and Apple's flagship destroys the older smartphone by a huge margin.

Right off the bat, I'll say that comparing an iPhone 11 Pro and iPhone 6s is absolutely unfair in the manner which the video below does it. The latter is a phone from 2015 with older silicon while the iPhone 11 Pro is as brand new as it gets and packs a huge punch under the hood. But for the sake of education and knowledge we have a wonderful little speed test that pit the two phones head to head. And before you skip to the conclusion, take a wild guess how badly the iPhone 6s performed compared to the iPhone 11 Pro? Let's watch the video!

While a head to head performance comparison does paint a bad image for the iPhone 6s, I will say this: when it comes to real life performance, you'll hardly notice much difference between the two phones, thanks to iOS 13. I know this sounds wild, but having used an iPhone 6s for a fair bit and comparing it to my iPhone 11 Pro Max, I did not notice anything significant that would make me say 'yup, skip the iPhone 6s.' Despite packing older hardware, if you want a phone for calls, text messages and a little bit of Instagram, the iPhone 6s is actually a pretty sweet deal in 2020.

But if you want to set yourself for the next few years, then the iPhone 11 or iPhone 11 Pro is the way to go, given you don't have any budget constraints at all.

While you are here, make sure to check out the following: