Previously, we reported a leak stating that the upcoming iPhone 6s duo will be available to purchase in the 16, 64 and 128GB capacity models, excluding the 32GB one in the process. Well, turns out that the leak was right all along because the Cupertino tech giant will not be upping the storage of the baseline model of its upcoming flagship handsets, upsetting thousands of future iPhone 6s owners in the process.

A source had come across an image, where it can clearly be seen that the upcoming iPhone 6s will start from 16GB of on-board storage. While this might upset a lot of future consumers, we should remind them that both smartphones are going to be running iOS 9 ‘out of the box’ and this particular update will have one critical feature that is not present on any of the previous iOS updates.

This feature will allow users to temporarily delete application data in order to make sufficient space to download and install software updates that will succeed iOS 9. Perhaps this is the reason why Apple decided to discard the idea of rolling out upcoming iPhones sporting 32GB of storage. In addition to the storage details, iPhone 6s will also be incorporated with a 12MP rear camera sensor that will be able to capture 4K videos.

However, users should be warned that they will run out of storage immediately should they continue to capture content on the aforementioned resolution. Other details of the handset include an A9 SoC, which is going to be processed on the 16/14nm FinFET process, resulting in more performance and efficiency from the chip. Supplementing the performance of the processor will be 2GB of LPDDR4 RAM, which will give users additional headroom when multitasking and immersing in taxing mobile gaming applications. 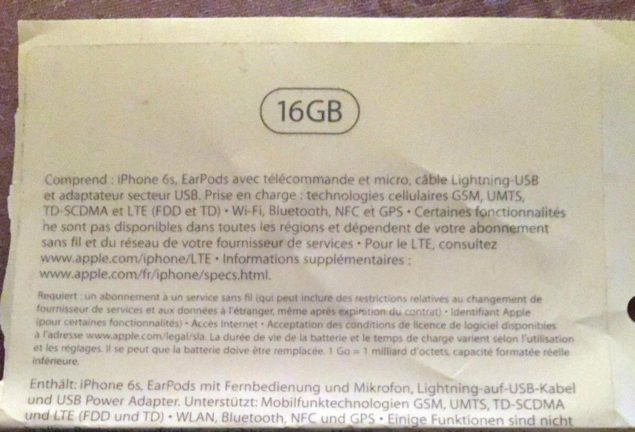 Apple is gearing up to announce iPhone 6s on September 9th, after which it will be available to purchase in between September 18-25. Whatever the case maybe, we are just as excited as you are, and we cannot wait to see what goodies the tech giant has in store for us at its upcoming event. Unfortunately, this is all the information that we have at this current time so when more details become available to us, you shall be notified at the earliest.

Also be sure to check out: What To Expect From Apple’s ‘Hey Siri, Give Us A Hint’ September 9th Event.