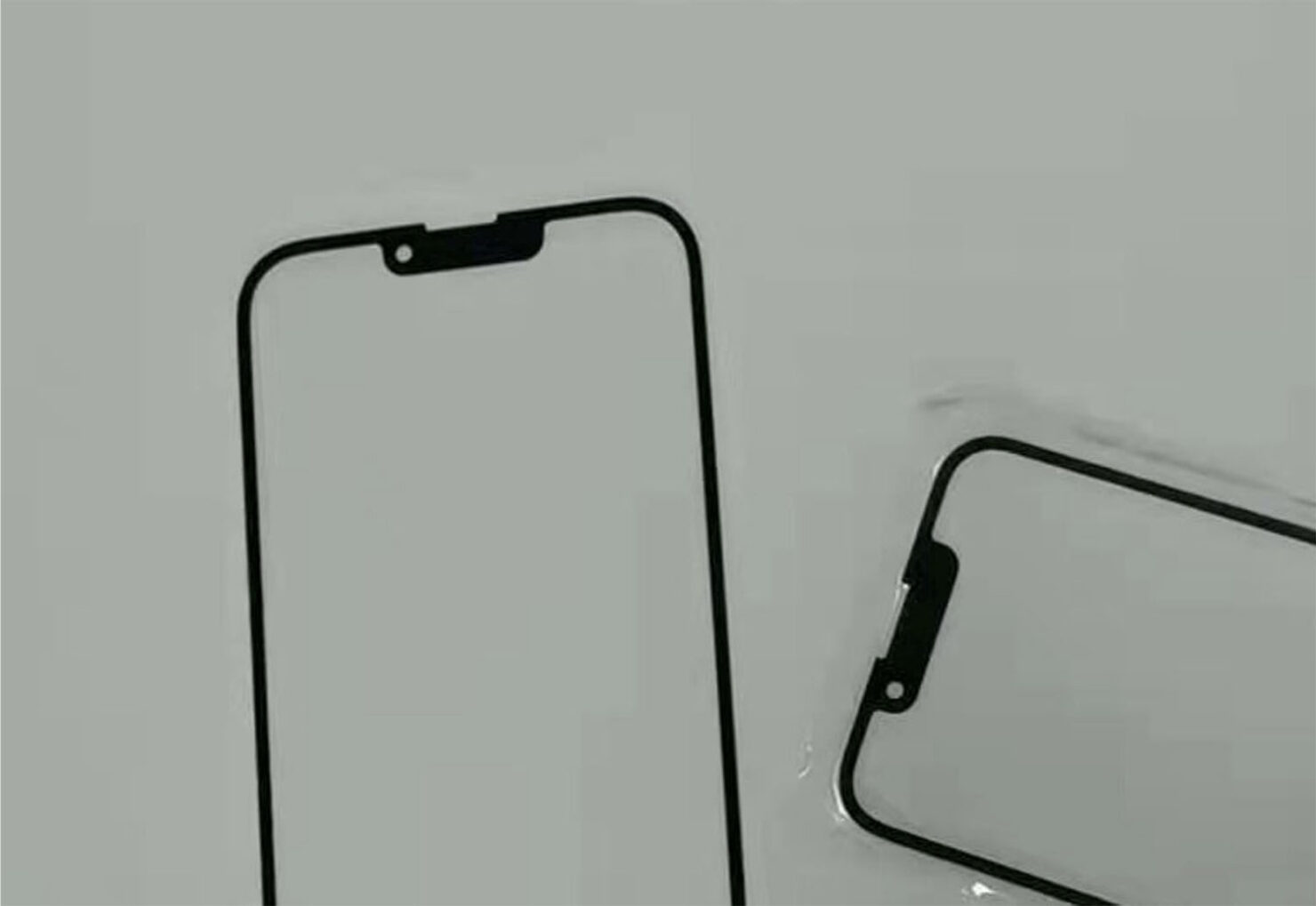 More evidence that the iPhone 13 series will ship with a smaller notch has been shared by a tipster in the form of an image. For some reason, he calls the latest leak ‘film samples’, with the image revealing findings that are similar in appearance compared to previous ones.

Current Image Leak Is Consistent With Previous Ones, Which Also Show a Differently Positioned Front Camera

The leakster called DuanRui has shared one image showing two iPhone 13 ‘film samples’. From our perspective, the width of both screens is different in size, indicating that they do not belong to the same model. In any case, several aspects are consistent between the two front glass panels. One is the size of the notch. On a previous occasion, a leaked image showed the same-sized notch.

According to an alleged iPhone 13 Pro 3D mockup that also showed up previously, the earpiece's position was different, being moved to the top of the bezel. The front-facing camera’s position is also changed, residing on the left-hand side of the smaller notch. On previous and current-generation models, the front camera was present on the right side. One reason why the notch would be smaller in size is because Apple is reportedly working on a redesigned Face ID system. This system could allow components to be tightly packed together, negating the need for a wider notch.

Assuming that these iPhone 13 screens make it to the mass production phase, it will be the first time size 2017 that Apple would have reduced the notch’s size. If you are still not a fan of the notch and want it gone completely, then you will have to wait until 2022. Well-respected analyst Ming-Chi Kuo believes Apple will introduce a punch-hole style display for some iPhone models next year, so it will be interesting to see how the company manages to pack an entire Face ID camera system in the forthcoming models.

Unfortunately, there is ample time for the redesigned iPhone 14 family to arrive, so we will divert our focus on the iPhone 13 and its smaller notch for now.