The iPhone naming rumors have started ramping up, with a previous revelation claiming that Apple might introduce the ‘Pro’ moniker to its lineup later this year. It didn’t take long for case maker ESR to list the accessories compatible with Apple’s smartphone offerings slated to launch in September, while also providing the brand names the company thinks will be used for the 2019 range. It turns out that the two premium models coming later this year could be called the iPhone 11 Pro and iPhone 11 Pro Max.

However, before you immediately start taking ESR’s word for what the case maker thinks the actual names are, you should know that such accessory manufacturers often assume names months before Apple’s official announcement. This means that when we’re on the subject of official names, accessory makers can get them wrong most of the time, so treat this latest leak with a pinch of salt for now. 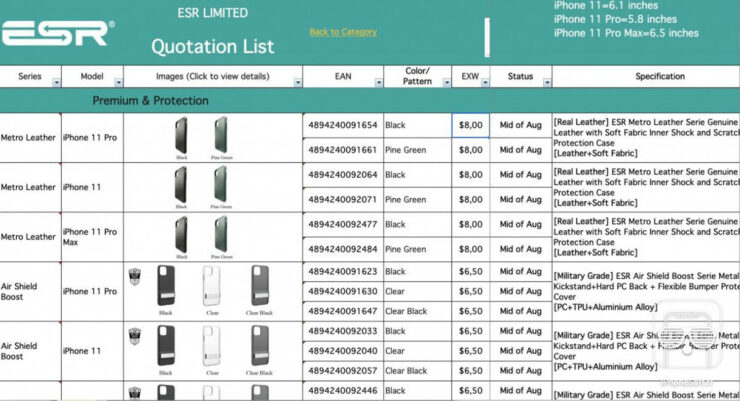 Earlier, SoftBank’s President accidentally spilled when Apple’s 2019 iPhone family might launch, so using that information, it shouldn’t take long to know what the technology giant intends on naming its latest models. It’s also rumored that the iPhone branding at the back shall cease to exist with this year’s launch, and because nearly all of us are so familiar with their design, the Apple logo at the back is more than sufficient to let us know when a person is using the latest or a previous-generation iPhone.

As for these names, how do you like them so far? Do they sound less confusing than last year’s lineup? Should Apple stick to them during its September keynote? Let us know down in the comments.