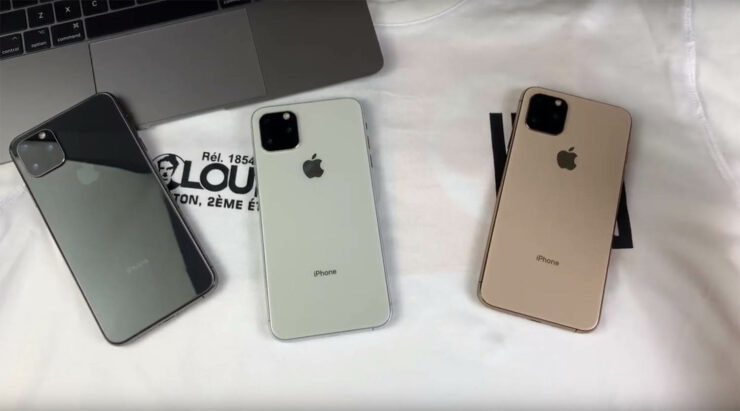 With a few months left to go before Apple announces three new models of its 2019 iPhone range, a boatload of leaks revealing a ton of details are expected. The latest one is an iPhone 11 Max clone hands-on video that has been shared with a YouTube channel, and it is apparently based on Apple’s iPhone XS Max successor. The iPhone 11 Max clone reveals a lot of design directions Apple has taken and how it will differ from its predecessor from a physical appearance, so let us dive into the details right away.

The hands-on video appears to have originated from China, as the YouTube channel ‘Amazing Boxing’ has left a number, whose country code belongs to the same region. It certainly looks like a small scale manufacturer particularly got wind of the design of the upcoming iPhones and decided to have a little fun by creating an iPhone 11 Max clone. The video clip below shows the faux iPhone in three paint jobs; gold, silver, and black.

The device shows three cameras at the back, on top of a square bulge, just like how most rumors have alleged so far. Since it’s not the real deal and definitely not an Apple-made prototype, it seems to be running some modified version of Android, as Apple’s App Store doesn’t appear to be working, which was expected. Also, since the Face ID tech is pretty costly, the iPhone 11 Max clone doesn’t come with it, obviously. However, the size of the notch looks to be the same as the notch on the 2018 iPhone XS Max, suggesting that Apple might retain the same length of the black patch when launching the newer devices. 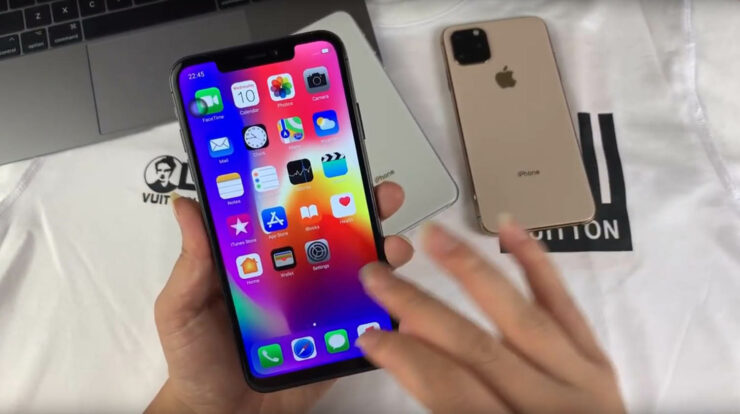 Looks-wise, it seems that the person behind the iPhone 11 Max clone got it right, mostly. However, there are some things that are not in line with rumors circulating round the internet. For example, Apple is reportedly planning to color match the area around the rear camera unit to the color of its devices but in the video, we can see that the gold and silver iPhones also have a black square bump. Also, the same hands-on video shows the mute button resembles the one seen on last year’s models, and if rumors are to go by, the upcoming versions will feature a circular mute button.

Apple is expected to announce the new iPhone lineup in September and the series will presumably consist of two high-end models with a triple camera system on the back, and one relatively cheaper one with two rear sensors. If you want to have a closer look at the iPhone 11 Max clone, you can check out the video below.