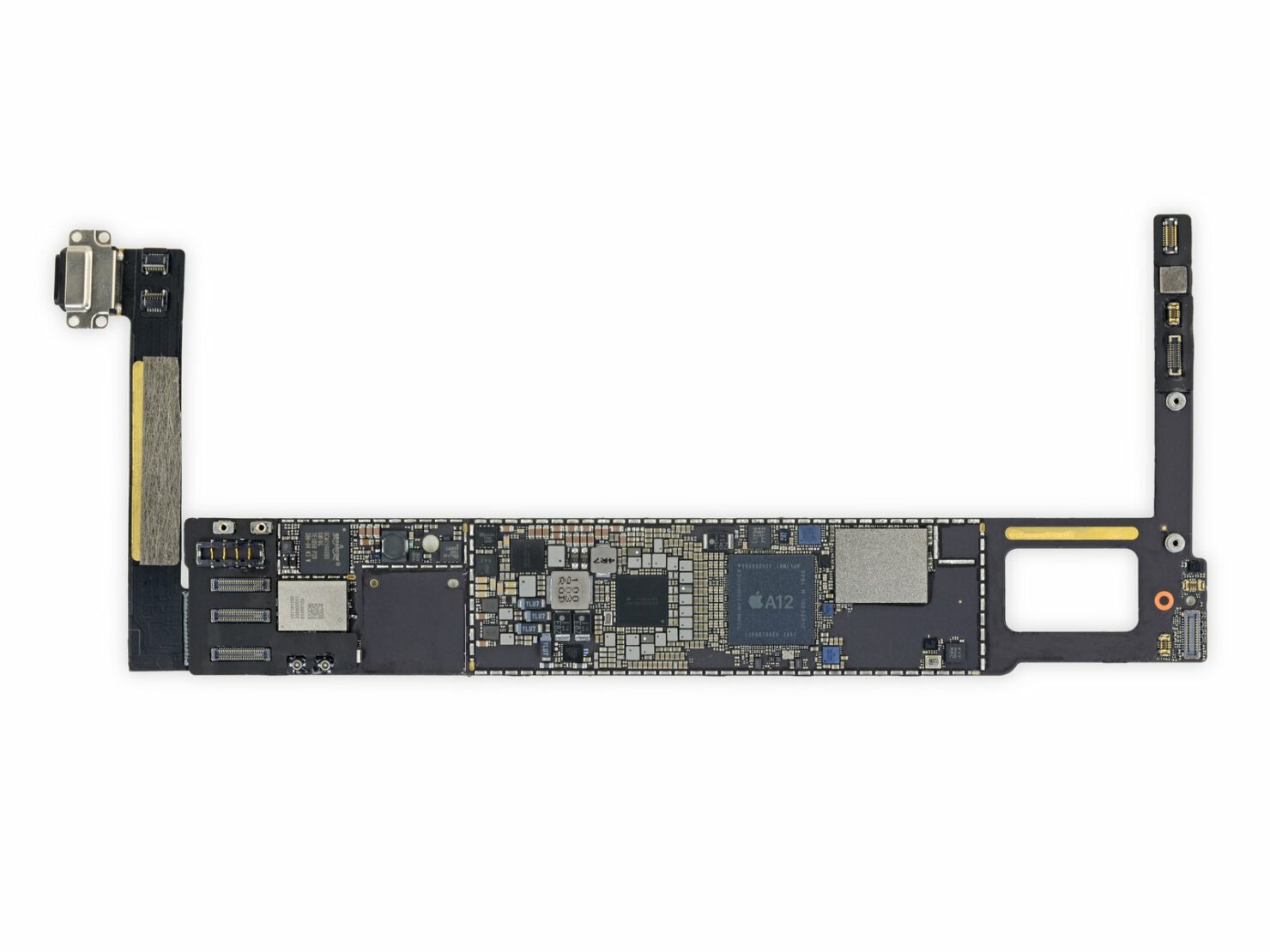 With the recent iPad mini 5 refresh, Apple has hit two birds with one stone. At one end, the company is cleverly clearing out inventory by launching different products with the same components. At the other, it's also diversifying its product lineup to make sure each one contributes to making up for the iPhone's revenue drop. The iPad mini 5 starts at $399 for the WiFi model, and the strongest selling point of the tablet is its A12 processor. Now, courtesy of the good folks over at iFixit, we can take a look at the iPad's other components.

Last year Apple made an attempt to expand iOS' presence in the educational sector by launching the iPad 6th generation. This tablet features an old A10 processor with Apple Pencil and is designed for users free of heavy computational needs. The company followed this precedent of a tablet for the everyman this year by introducing the iPad mini 5 and the iPad Air 3.

However, unlike the iPad 6, both these tablets feature the 7nm A12 processor, which will last casual users a hefty amount of usage before they need an update. Diligent as ever, iFixit has taken apart the iPad mini 5 to give us a needed look at the tablet's internals. After all, Apple doesn't like mentioning specific hardware details in a straightforward manner - a policy that hinders users from making informed purchase decisions.

Taking a look at the iPad mini 5's hardware we see that the tablet features only one display controller (the Broadcom BCM15900), which is also present on the 2017 iPad Pro. In comparison, the 2018 iPad 6 features two display controllers. The BCM15900 is known to develop problems which make the use of a tablet irritable, as any iPad Pro 2017 user who's faced the problem would know.

However, it's also important to note that the iPad mini 5's mainboard is a slightly different design than that of its predecessor. It's built similarly to the one found on the iPad 6. The USI (Universal Scientific Industrial) WiFi module is the one Apple uses on the iPhone XS and iPhone XS Max and the 11" iPad Pro. The NFC controller and Flash memory are placed close to the processor (just like on the iPad 6), while the touch control moves further away to the right on the iPad mini 5 since the tablet has only one of these.

The iPad mini 5 two PMICs (Power Management Instruction Controller), but we're not certain whether these are the same generation found on the iPad 6. Even if it is, Apple should hopefully have upgraded this component as it's known to have troubled users with the iPad mini 4. Finally, today's teardown confirms that the iPad mini 5 has 3GB of LPDDR4X RAM. This is an upgrade from the 2GB LPDDR4 and LPDDR3 modules present on the iPad 6 and mini 4 respectively.

iFixit's teardown of the iPad Air 3 is due tomorrow, and we're looking forward to it, as this will enable us to understand how much Apple has relied on the recent upgrades to clear out inventory. Thoughts? Let us know what you think in the comments section below and stay tuned. We'll keep you updated on the latest.