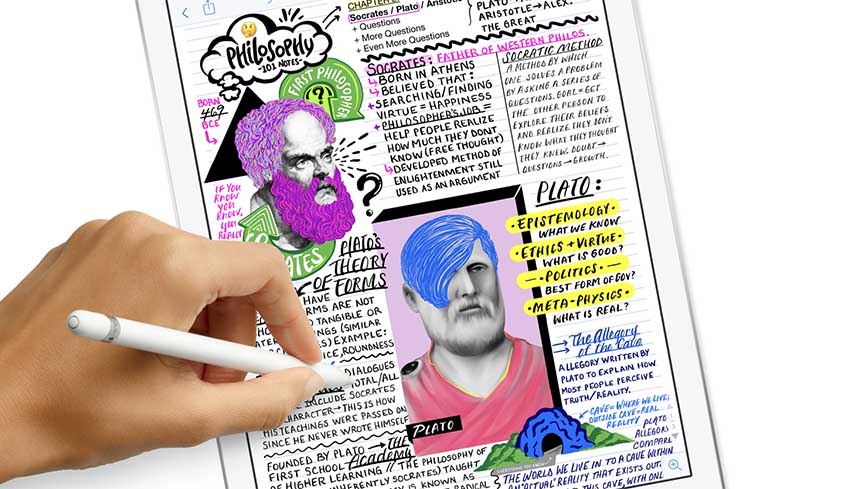 Apple unveiled its 2018 $329 iPad at its educational event yesterday, with the slate being targeted schools and to regain some of the market share snatched by the affordable Chromebooks. The iPad, as most of you know, is powered by an A10 Fusion SoC, the same silicon that powers the iPhone 7 and iPhone 7 Plus. In terms of performance and multi-tasking capabilities, the tablet is able to deliver that and more, but it still comes short when compared to the iPad Pro and you will find out why.

The iPad 6 can be thought of as a larger iPhone 7 model as it features 2GB of RAM, according to the latest Geekbench findings. So, its performance is going to be similar to that of the iPhone 7. However, there are some perks involved too as the slate provides support for the Apple Pencil which will make it easier for users to add smart annotation to Pages.

Apart from that, it also supports some Augmented Reality apps. Most importantly, the iPad can also manage the Split Screen mode and the 9.7-inch display is going to be plentiful to take advantage of this feature. It can also handle Slide Over which keeps the original app in view. However, when you combine the two, the Split Screen windows become dim.

The 10.5-inch and 12.9-inch iPad Pro models are better in this scenario because they can run up to three apps at the same time and that is associated with a large amount of RAM they feature.

A Geekbench test revealed the amount of memory the tablet sports. Overall, the new iPad got 3,254 points in the single-core score, with the multi-core score standing in at 5,857 points, making it slightly better than the iPhone 7 Plus.

Still, for $329, the latest iPad provides tremendous value for both regular customers, students, and teachers and adding the Apple Pencil support is a nice little touch too.