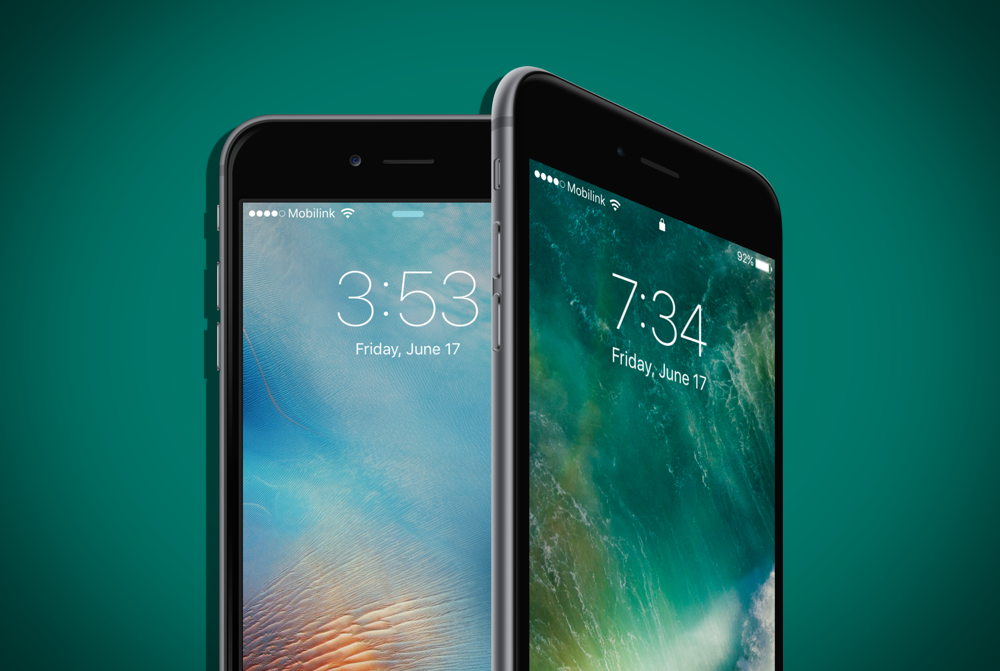 Since the past few weeks, Apple has been releasing beta builds of its upcoming mobile operating system, iOS 10. iOS 10 is set to arrive this fall alongside the company's much awaited iPhone 7. Apple's major firmware update for the iPhone and iPad has been conjoined with a bevy of new features, while existing features have been enhanced and upgraded as well. A few days back, Apple released iOS 10 beta 2 to to developers, while yesterday marked the day for iOS 10's first public release. The real question is, how does iOS 10 stack up against iOS 9.3.2, Apple's currently running firmware, in terms of performance? Let's find out in iOS 9.3.2 Vs iOS 10 beta 2 speed test comparison.

iOS 10 beta 2 brought a boatload of changes and features to the table since Apple first announced it at the WWDC event. Since it's been a long while iOS 10 has been out, ample comparison videos are surfacing the internet for which operating system takes the cake in a performance comparison. Do take note that the performance comparison test has been performed on the iPhone 5s and iPhone 6s. The handsets used are pretty much right, considering the operating system's effects on an older and the latest iPhone.

It can be seen that iPhone 5s running iOS 9.3.2 was a little faster in the boot up phase. Other than this, the app launch times are faster on the iOS 9.3.2 running iPhone 5s compared to iOS 10 beta 2. Not that there's a huge difference in the launch times but iOS 9.3.2 definitely lead the way. If you look closely, you will see that iOS 9.3.2 shows much smoother transitions and animations with no or negligible lags. On the other hand, iOS 10 beta 2 shows almost the same performance when it comes to transitions. You might also note that iOS 10 beta 2 features a wee bit of faster animations when opening apps and going back to Home. Siri seems to work in the same speed on both of the operating systems, so there's no loss there. Check out the video below for more details.

iOS 10 beta 2 speed test comparison shows different stats in iPhone 6s. Considering the iPhone 6s in the speed test comparison between iOS 9.3.2 and iOS 10 beta 2, we can see that the boot up time from a cold start was still faster on the iOS 9.3.2. However, with a less margin than what we noticed in the iPhone 5s comparison. Since iPhone 6s is incorporated with a 3D Touch display, both of the operating systems represented impressive and much similar transitions and Quick Actions launch time. So there's no harm there. Considering the app launch time, both firmware variants showcased the same speed, however, animations are faster on the iPhone 6s running iOS 10 beta 2. We have examined that the transitions and animations are smoother on the iPhone 6s compared to iPhone 5s, both of them running iOS 10 beta 2. For more details you can check out the video embedded below.

Since iOS 10 is still in its beta phase, there are abundant bugs that needs to be eliminated. Moreover, the final build of iOS 10 will be much more smoother and enhanced than what we see in beta builds. However, currently, iOS 9.3.2 seems to give iOS 10 beta 2 a hard job in the speed test comparison on iPhone 5s. iPhone 6s, on the other hand, can keep up with iOS 10 beta 2 pretty well.

This is it for now, folks. Is your iPhone running iOS 10 beta 2? What are your thoughts on the iOS 10 beta 2 speed test? Let us know in the comments.