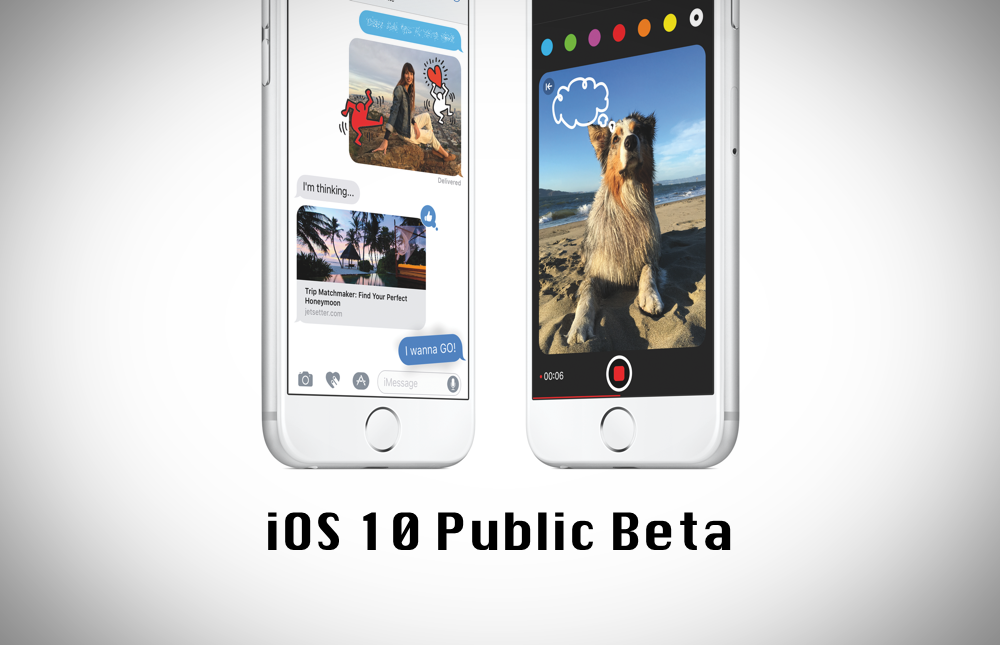 Here's how you can download and install iOS 10 Public Beta on iPhone, iPad, iPod touch devices for free.

Apple promised it would release iOS 10 Public Beta for non-developers in July. The hot summer month is here and Apple has lived up to its promise making available for download iOS 10 Public Beta. Unlike the developer oriented release, iOS 10 Public Beta is absolutely free to download and install. This means you don't have to drop the dreaded $99 fee in order to access beta bits of Cupertino's upcoming mobile software.

Before we dive into the process of showing you how to install iOS 10 Public Beta, there are a few things which should be made clear. First and foremost, iOS 10 Public Beta, as you can tell from its name, is pre-release software. Which means it's not exactly fit for day to day use. Secondly, Public Beta software is meant to be tested out by those who are willing to help Apple refining its development process for upcoming software. If you're fine with that then continue reading.

1. Make sure your device is compatible with iOS 10 beta.

2. Make a complete backup of your data using iCloud and iTunes.

3. Head over to beta.apple.com from your iPhone or iPad on which you wish to install iOS 10 Public Beta.

4. Assuming you've already signed up for Apple's Beta Program, click on the 'Sign In' button at the top right hand corner. If you haven't, then click on 'Sign Up,' which can be located scrolling down a little on the main page.

5. Once signed in, tap on 'Enroll Your Device' then select 'iOS.'

6. Scroll down a little and look for a blue 'Download Profile' button. Once found, tap on it.

7. Follow the on-screen instructions for installing the profile on your 'iPhone' not anywhere else then head over to Settings > General > Software Update to download and install iOS 10 Public Beta.

Your device will restart at this point and you'll boot into iOS 10 Public Beta after a few minutes. Your data will remain unchanged and you won't lose anything at all during the installation process. But that does not mean you skip the process of creating a backup of everything as we mentioned in step 2 of the guide.

If, for some reason, you decide you want to downgrade back to iOS 9.x public release, then follow the guide posted here: Downgrade iOS 10 Beta To iOS 9 – How To Tutorial.

Developers can check out this post on how to install iOS 10 beta.