In today's release of the first major update after iOS 7 back in September, seems like Apple has pushed this update to two unannounced models of iPad. The latest iOS 7.1 update shows the compatible devices including iPad 4,3 and iPad 4,6. Both of these iPad models have never been announced by Apple. 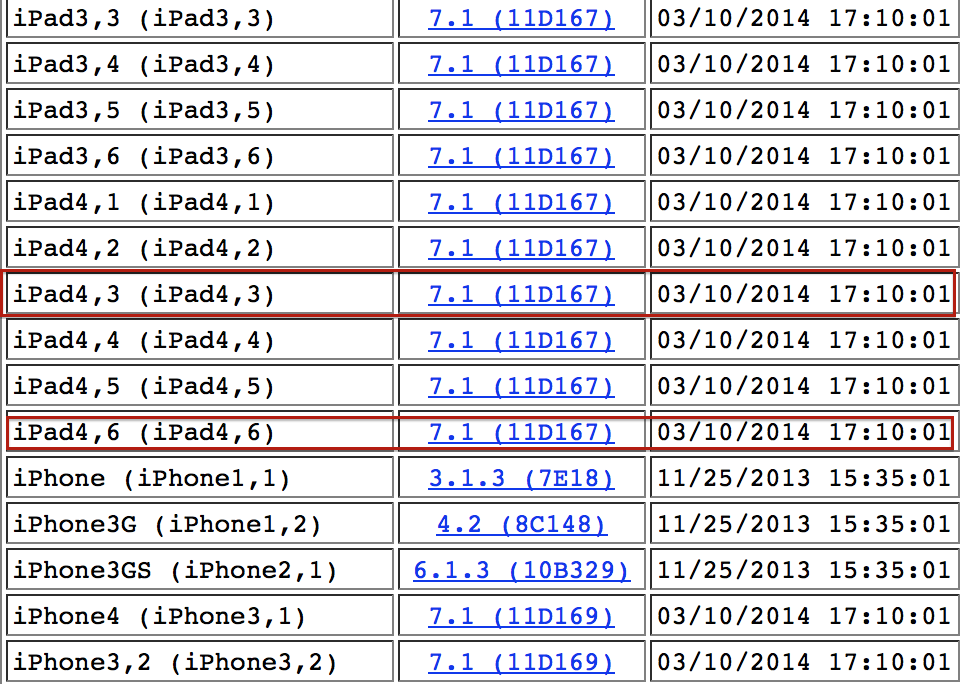 Seems like Apple has some devices running for house use or perhaps under testing. These new iPad models indicate an upgraded Retina Mini iPad and a new iPad Air model. iPad 4,1 and 4,2 are the digits for iPad Air. So it seems like 4,3 could be the digits for modified iPad Air. On the other hands, Apple iPad Retina Mini carries 4,4, and 4,5 indicating that iPad 4,6 could correspond to a new Retina iPad mini.

While specifics of these models are yet unknown, it would be interesting to see what is cooking down at Cupertino. It is highly possible that these digits correspond to same iPad Air and Retina Mini models but just kept for internal use. These could only be numbers for some specific region. Another possibility could be that Apple is testing better performance, efficient battery usage, and new tweaks on these devices. Whatever the reason be, we would be on the hunt to see what exactly these iPad 4,3 and iPad 4,6 models carry in them!

Experiencing Poor Battery Life after iOS 7.1? These Few Simple Tips will Help You